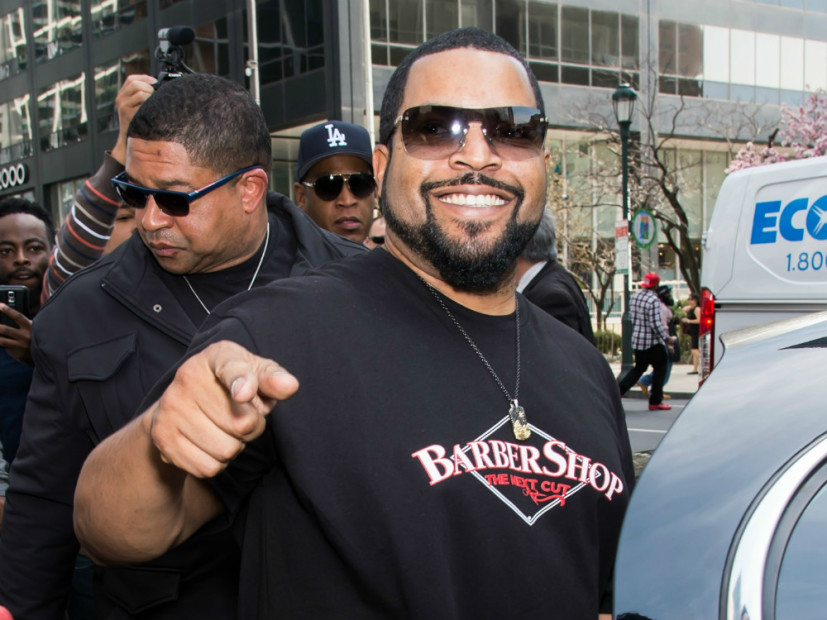 Gene Simmons reasserted his distaste for Rap recently in an interview with Rolling Stone when he said “I’m looking forward to the death of Rap.” This came after the Kiss singer has made negative comments about the Rock and Roll Hall of Fame inducting Hip Hop artists.

N.W.A is the latest Hip Hop act to be welcomed into the Hall and member Ice Cube expresses disagreement with the singer’s assessment of the Rock genre.

“I respect Gene Simmons, but I think he’s wrong on this, because Rock ’N’ Roll is not an instrument and it’s not singing,” he says to The New York Times. “Rock ’N’ Roll is a spirit. N.W.A is probably more Rock ’N’ Roll than a lot of the people that he thinks belong there over hip-hop. We had the same spirit as punk rock, the same as the blues.”

N.W.A, known as the “World’s Most Dangerous Group,” is set to be inducted tomorrow (April 8) at the official ceremony in Brooklyn, New York. Kendrick Lamar is slated to introduce the group from his home of Compton, California. Ice Cube says that N.W.A will not perform at the event because of logistics.

“I guess we really didn’t feel like we were supported enough to do the best show we could put on….” he says. “We wanted to do it on a whole other level, and that just couldn’t happen. But we’re totally honored, humbled and appreciative to the Hall for even just considering us, inducting us and inviting us.”

To read the entire interview, visit The New York Times.