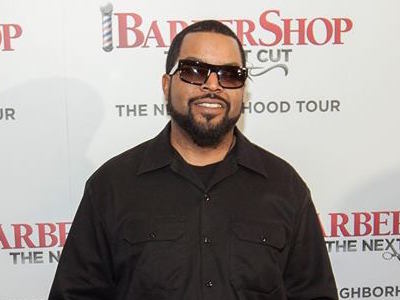 Ice Cube: "Without N.W.A, There Would Be No Eminem"

Straight Outta Compton was a blockbuster success in 2015, earning more than $161 million at the box office and becoming the highest-grossing film by a Black filmmaker of all time. It also earned rave reviews, but former N.W.A manager Jerry Heller has called the film’s accuracy – in particular his portrayal in the movie – into question and has sued the filmmakers.

“It’s as accurate as you can be when you’re trying to squeeze 10 years into two hours,’’ Ice Cube says during an interview with The Plain Dealer. “I challenge anyone to make a more accurate movie about N.W.A. It had all four [surviving] members involved in the making of the movie, plus the widow of Eazy-E.

“We were all very vocal about what should be in the movie and what should go down,” he adds. “There have been a few documentaries, but the movie really let people know who we were as people and friends – just five guys trying to make it. The movie let people see what we had to go through to make our music. We had to stand up for freedom of speech against people like Tipper Gore. The group is extremely significant for music all the way around, creatively and when it comes to pushing the envelope for other artists to do what they do. Without N.W.A, there would be no Eminem.’’

N.W.A – whose members are Ice Cube, Dr. Dre, Eazy-E, MC Ren and DJ Yella – are scheduled to be inducted into the Rock and Roll Hall of Fame at the Barclays Center in Brooklyn, New York April 8.

Ice Cube knows some are not happy that N.W.A will join the exclusive group of musicians.

“When you put something on people’s radar and plant a seed in their mind, it might take some time for that seed to germinate and grow,” Ice Cube says. “When we did ‘Fuck Tha Police,’ the police could do no wrong in a court of law. Now, after that song, police are held just as accountable. We put this on people’s minds years ago, and now you have a generation of people who are looking very closely at how the police act and work. Nobody values Black life. That’s why we keep revisiting it. Everybody believes a Black life is cheaper than a White life, whether they admit it or not, and that’s really the core. It ain’t looking at the police. It ain’t looking at the man who’s a racist. It’s looking at ourselves. The authorities know it, and they don’t mind taking a life. They’ll take the life of a Black kid a little quicker than they will a White kid. That’s just the history we’ve all grown up with.”