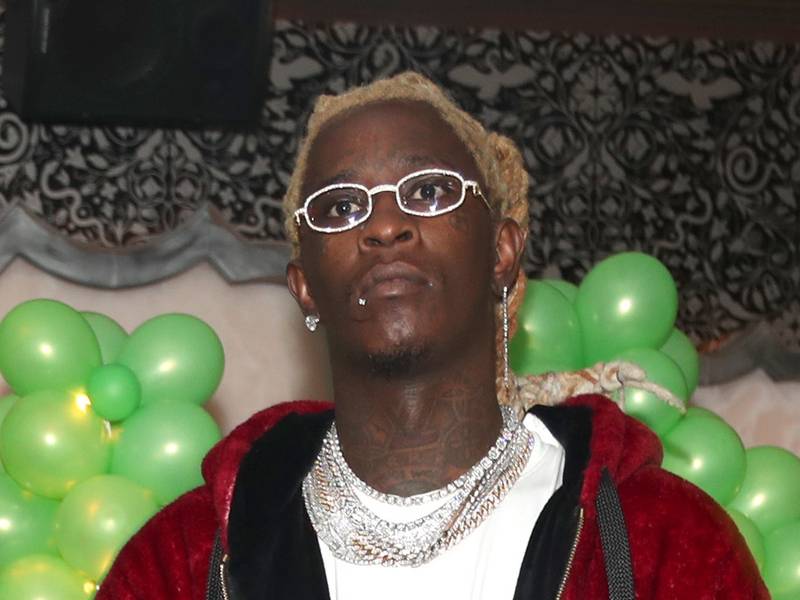 Young Thug finally reached the pinnacle of the Billboard 200. After never seeing any of his solo projects crack the Top 5, Thugger attained the first No. 1 entry of his career thanks to his latest album So Much Fun.

While Thugger had the best performance of the week, Quality Control’s Control The Streets Volume 2 compilation also secured a Top 3 spot. The rest of the notable Hip Hop debuts came in further down the chart. A$AP Ferg’s Floor Seats entered at No. 50, Snoop Dogg’s I Wanna Thank Me opened at No. 76 and Pop Smoke’s Meet The Woo landed at No. 173.

Outside of debuts, Trippie Redd and Drake saw their respective projects drop out of the Top 10. Trippie’s ! plummeted from No. 3 to No. 31. Drizzy’s descent wasn’t as steep though with Care Package falling from No. 8 to No. 20.

Young Thug’s So Much Fun hit No. 1 on the latest Billboard 200 thanks to an impressive streaming performance. The LP racked up 131,482 total album equivalent units off the strength of 167,906,216 streams. The YSL Records founder’s project sold a modest 4,805 copies in terms of pure album sales.

Thugger’s previous career peak was No. 2, but it came with the help of Future when the two teamed up for the collaborative release Super Slimey in 2017. Prior to So Much Fun, Thug’s highest-charting solo work was Slime Season 3, which peaked at No. 7.

The 36-song album moved 63,746 total album equivalent units with only 1,372 of those copies coming from pure album sales. The LP’s performance couldn’t be much of a surprise due to the sheer amount of star power involved. Travis Scott, Megan Thee Stallion, Migos, DaBaby and Young Thug were among the many artists who contributed to the record.

No Thanks For Snoop

Snoop Dogg used to be a dominant force on the Billboard 200, but the Hip Hop OG isn’t making the same impact these days. The D-O-Double-G’s I Wanna Thank Me entered at No. 76, a far cry from his ’90s run that earned him three No. 1 albums.

The Doggfather’s 17th solo LP sold 9,131 total album equivalent units, resulting in one of the lowest-charting albums of his career. Outside of some compilations, Snoop’s only studio release to have a worse performance was last year’s Bible Of Love, which reached No. 148. The West Coast legend has been on a downward trend of late, watching his peaks decline with 2016’s Coolaid (No. 40) and 2017’s Neva Left (No. 54).