Review: Snoop Dogg Deserves His Self-Anointed Praise With "I Wanna Thank Me" Album 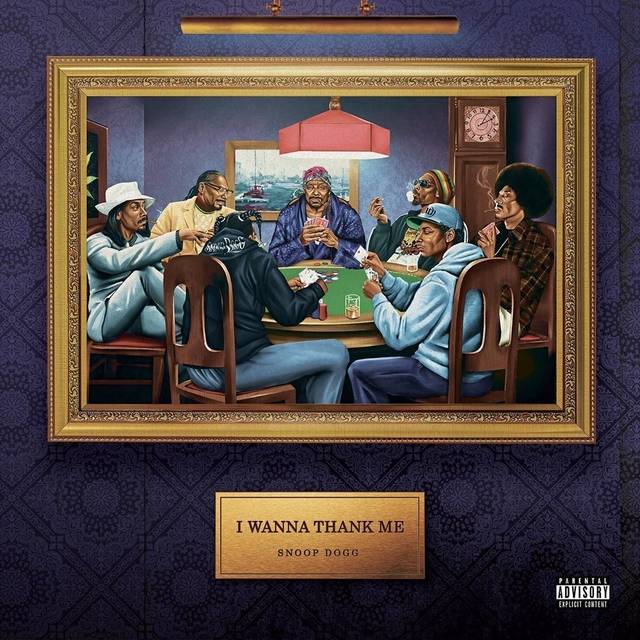 For those individuals who still can’t fathom why Snoop Dogg would salute his own damn self for his 17th album I Wanna Thank Me, it’s key to not to focus on the bottomless list of accolades he’s amassed over his 25-year (and then some) illuminating career but to hone in on the glaring snubs.

No key to the city of Long Beach.

Yet, he’s still the rapper even your 80-year-old grandmother knows by facial recognition alone.

The musical emporium that flourishes on Snoop’s latest is a testament to his birthright to bar out on mics (indulge in the spacey “Focused” for reference), drop insightful gems (see the scared straight anthem “New Booty”) or flat-out entertain (much of the 22-track opus).

Having previously traveled to virtually every corner of the Hip Hop collaboration stratosphere bodes well for this Swiss Army knife of an album. Nipsey Hussle gets his true blue wings via the Battlecat-boosted “One Blood, One Cuzz,” which also carries the baton of love felt from recent gang unity movements.

“All it take is one, one, one brave Blood and one brave Crip/Standing up together like we did back on them slave ships/Out on high sea waves, fighting other whips/Steady hearing ‘Jesus saves’ out of devil’s lips,” the Boss Dogg laments.

Other surefire material includes “Let Bygones Be Bygones,” a reflective soul probe that runs through Death Row glory days and officially makes peace with The Notorious S.U.G.E. (A polar opposite to 2002’s elegant diss “Pimp Slapp’d.”)   On “Blue Faced Hunnids,” YG and Mustard show up to show out on a bass-n-bell TNT of a track while Wiz Khalifa and Russ appear on “Take Me Away” for a marijuana serenade that surprisingly doesn’t sound tired. And Jermaine Dupri’s Latin electrifying “Do It When I’m In It” (heightened by Slim Jxmmi and Ozuna no doubt) is simply fantastic.

Snoop has never been a concise album guy and even with the elevated record-making this time around, a handful of tracks still get lost in the shuffle. The late, great Nate Dogg reemerges for a stellar cameo on “Wintertime in June,” but the lovey-dovey emotions bleeding from the track probably weren’t best suited for this alpha male project.

Ditto for the rumor-bashing, long-awaited Snoop and Slick Rick reunion on “So Misinformed,” whose track No. 2 placement gets buried by the lengthy tracklist once the album picks up steam.

Despite the few lapses, I Wanna Thank Me is audio proof that writing Snoop off at this stage in the game only makes his detractors look foolish.

Give this man his flowers while he can still smoke ‘em.