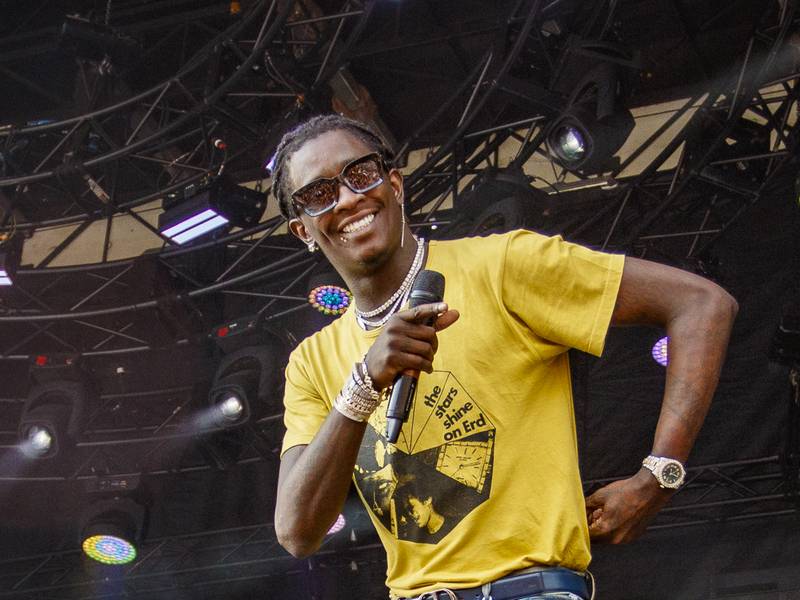 Young Thug has dropped his new album So Much Fun, which is his first solo effort since 2018’s On The Rvn EP. The project contains 19 tracks, making it his longest retail release to date.

Check out Thug’s So Much Fun stream, cover art and tracklist below.

[This post has been updated. The following was originally published on August 11, 2019.]

Young Thug is ringing in his 28th birthday with a new album. The YSL Records founder has announced his next LP, So Much Fun, will drop this Friday (August 16).

Earlier this year, J. Cole was revealed to be the executive producer of Thug’s next album. The Dreamville founder spoke highly of Thugger in a 2018 interview with Angie Martinez.

“If you want to talk about Young Thug as an artist, he’s an innovator,” Cole said. “If you know skills, you call him a mumble rapper all you want, but if you know skills and you know the art of rapping, that dude is a genius.”

Cole and Thug most recently teamed up on the collaborative single “The London,” which also features Travis Scott. A video for the track was released at the beginning of August.

Watch “The London” video below.