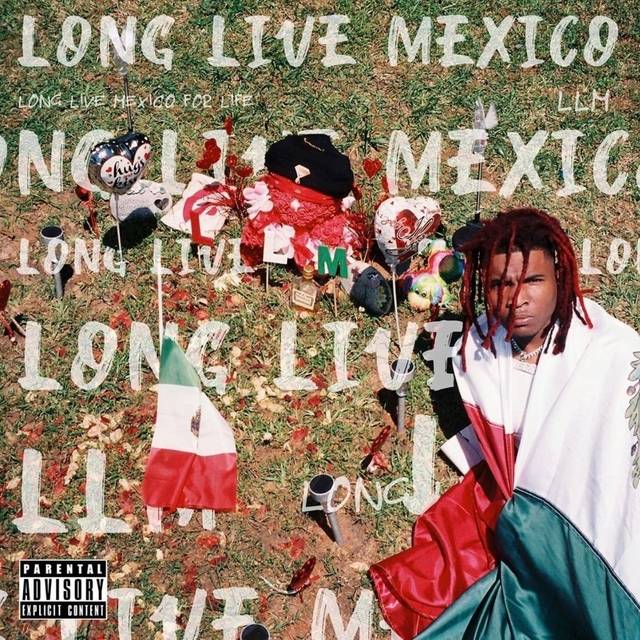 Lil Keed is one YSL’s most promising up-and-coming talent and his debut album Long Live Mexico proves why.

It’s important to point out that the project was originally titled Studio Junkie. While on tour with Trippie Redd earlier this year, Keed’s close friend Mexico, passed away so he swapped Studio Junkie for Long Live Mexico, immortalizing the life of someone he considered his brother.

Stacked with 20 honeyed tracks, Long Live Mexico sounds like an album that was made as if the vibe in the studio was creatively insane and he never left. Throughout the project, Lil Keed fearlessly takes risks with the size of his voice and practices the kind of vocal acrobatics that Young Thug has become known to express.

Listening to Long Live Mexico‘s opening track “Ride The Wave,” it’s easy to detect that Keed is a product of Thugger’s cultural legacy circa Barter 6. Young Thug makes an appearance on two of the album’s cuts and it’s fun to hear them both do their thing on “Million Dollar Mansion” and “Proud Of Me.” Even though Keed undeniably sounds just like Thug, they both possess the ability to inflect and bend their vocals at will so it works beautifully. Especially, on the pop-radio friendly track “Proud Of Me,” whose sound deserves an entire project all on its own. It sounds like nothing else on Long Live Mexico and shows off Keed’s ability to not only just pop out expected songs that go hard like “Pass It Out” with Lil Gotit and “Pull Up” with Lil Uzi Vert and YNW Melly.

Okay, so yes, Keed mimics Young Thug (like most young artists) but his precise transformation of Slime’s melodic drip into his own makes the similarities tolerable. Though it’s something that is sort of hard to get past (especially on “Anybody” with YSL comrades Lil Duke and Gunna), it doesn’t make Long Live Mexico any less enjoyable to rock out to.

Another clear influence of Thug is Roddy Ricch, who drops his west coast drip in the most gangsta way ever, all over the dulcet replayable cut “Dragon.”

On “Rockstar” featuring Nav, Keed sounds the most comfortable. Produced by Rok and Starboy, the flow of the track bangs exactly where it needs to and its wavy chorus is a catchy escapade.

The same can be said for “HBS” and “Real Hood Baby,” which sonically displays how much in his bag Keed was while brooding in the studio during the six months it took to create Long Live Mexico.

As a whole, Long Live Mexico lacks direction and is easy to get lost in. If you want to discover the Easter eggs within the project that are proof of Lil Keed’s talent, you will need to pay attention. Although he still has room to champion his own artist, the potential to stretch his sound beyond the realms of rap is evident.