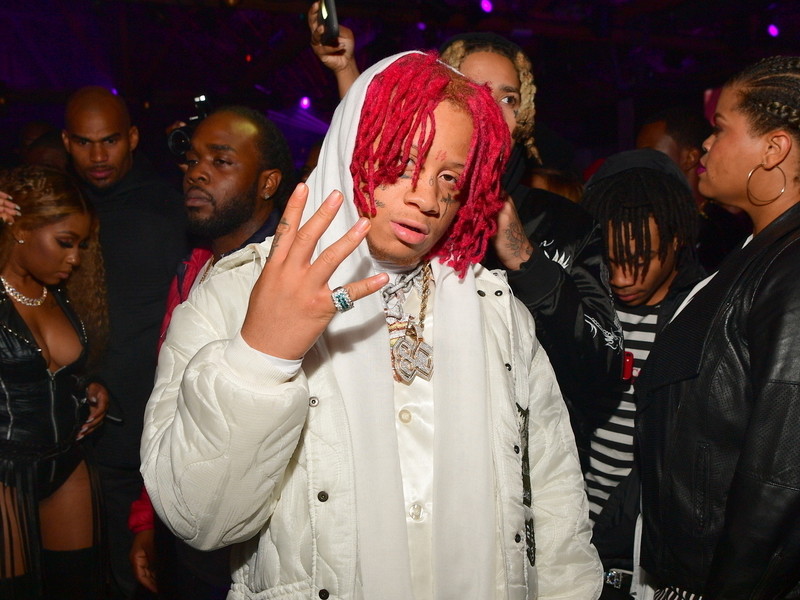 It’s been a minute since Tekashi 6ix9ine has popped up in headlines. The controversial rapper has been behind the bars of a New York prison since last November and unable to stir up trouble like he often did before he was arrested.

But, thanks to his perceived nemesis Trippie Redd, here we are talking about 6ix9ine again.

In Trippie’s new video for “Under Enemy Arms,” a rainbow haired rat makes a cameo appearance. As everyone knows, the word “rat” can translate to “snitch” and 6ix9ine earned the nickname “Snitch9ine” after he cooperated with feds in his federal racketeering case.

It doesn’t take a genius to read between the lines.

Directed by Christian Breslauer, the violent visual kicks off with Trippie at the center of a press conference. Later, he’s depicted laying amongst dead soldiers with a gun strapped across his chest before he starts blasting his enemies.

Trippie and 6ix9ine had engaged in social media beef for months prior to the “GUMMO” artist’s arrest.