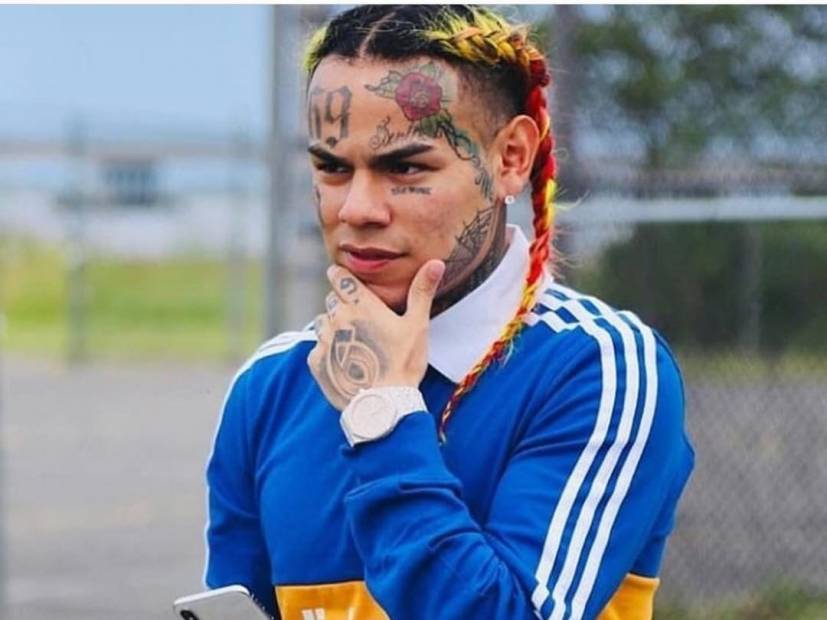 Tekashi 6ix9ine is finding himself in more legal issues as he sits behind bars.

TMZ reports Sleiman, a Danish musician, is suing the embattled rapper for allegedly not being able to release a song they collaborated on. The Bomaye artist recorded “Red Bandnna/Black Hoodie” in September 2018 and paid the Dummy Boy creator nearly 88,000 euros or $100,000 in the U.S. for his lyrical contribution.

According to legal documents attained by TMZ, the $100,000 included a deal that gave Sleiman exclusive ownership of the track. The Danish artist alleges after the piece was completed he contacted 10K Projects, 6ix9ine’s label, to work on releasing the record. 10K projects claimed they had exclusive rights to Tekashi, and the vocals could not be distributed without their permissions.

The court filings also allege that 6ix9ine’s label threatened legal action if the song was released without their consent. Sleiman contends 10K is preventing him from obtaining a record deal and getting a return on his $100,000 investment. The “Don Diego” creator is requesting the judge grant him the rights as the owner of the track so that it can be distributed, and he is also seeking the incarcerated rapper pays for his legal fees.

Tekashi 6ix9ine is currently in jail on nine federal charges including conspiracy, firearm offenses, racketeering, and narcotics trafficking.  He was originally facing at least 47 years in prison if convicted on all charges. The troubled star struck a deal with prosecutors after being willing to testify against his co-defendants and could be free as early as January 2020.