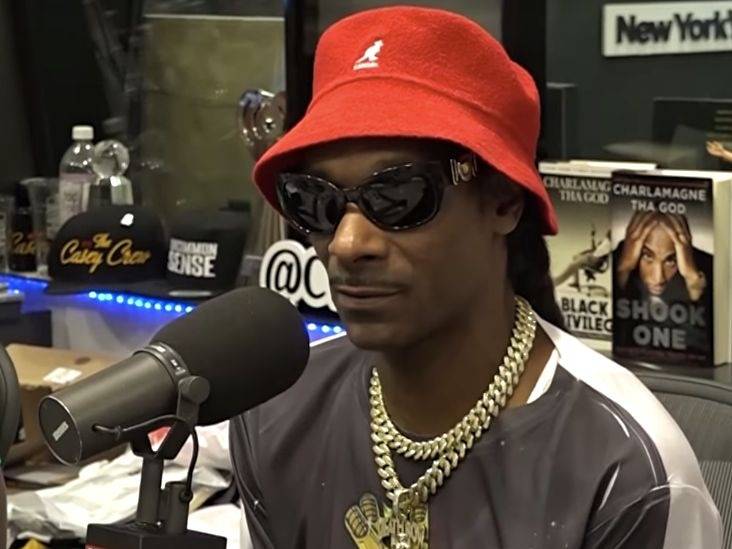 In the wake of Nipsey Hussle’s March 31 shooting death, more and more people have been drawn to his story. During a recent interview with The Breakfast Club, Snoop Dogg was asked to explain how Neighborhood Nip compares to Jesus Christ.

“Look at the impact that he had, the same impact Jesus had,” he said. A lot of people didn’t know him, but they sure wanted to know about him once he passed away. Then once they found out about him, they understood what his legacy was about. Now, his legacy is living even bigger with him not being here. So that’s why I say, ‘I ain’t never seen Jesus, but I’ve been hearing about it.'”

Snoop also commented on how Nipsey almost looks like Jesus.

“We gotta lot of faith in him and we know if you believe in him, this is gonna happen ’cause your grandparents and the Bible been giving you all this information,” he continued. “It’s like, that’s what he is. When we gone, that’s what he gonna be like because you can’t touch him, you can’t see him, you only have images of him and his image look like Jesus. The bone structure, the eyes … I’m looking at him like, ‘Man, please.’ It is what it is.”

Elsewhere in the interview, Snoop talks about his new album I Wanna Thank Me, marriage, Death Row Records, Tupac Shakur, getting in shape and his thoughts on JAY-Z’s recent alignment with the National Football League.

His comments on Nipsey start around the 22-minute mark. Watch the full interview below.