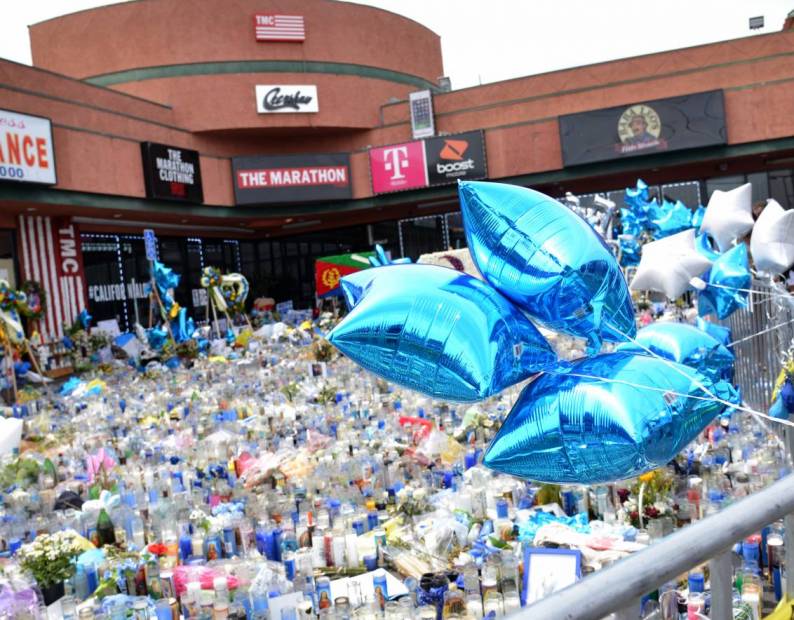 The Marathon Clothing Store has been closed since the tragic death of its owner Hip Hop icon Nipsey Hussle.

His girlfriend, Lauren London, revealed the store will remain closed while construction crews start the early development of a tower to pay tribute to the slain Los Angeles king.

An L-shaped fence was installed Thursday (August 1) around the plaza at 3420 W. Slauson Avenue and will be in place while the Nipsey Hussle Tower is being built.

“As a notice to the public, we’re putting up a gate on Thursday, August 1st, 2019 to enclose the plaza at 3420 W. Slauson Ave to start the early development stages of the forthcoming Nipsey Hussle Tower to commemorate and honor the life and legacy of Nipsey,” the Instagram post read.

I promise to make YOU proud. #ForeverTogether Ermias The Great

The message continued, “The Marathon Store will remain closed, but you can shop online at TheMarathonClothing.com.” The clothing entity has earned $10 million since his March 31 passing.

The location, recently named Nipsey Hussle Square, has become a tourist attraction for fans to pay their respects to Hussle. A mural of the revered humanitarian lives in a nearby alley which has been the backdrop to many photos.