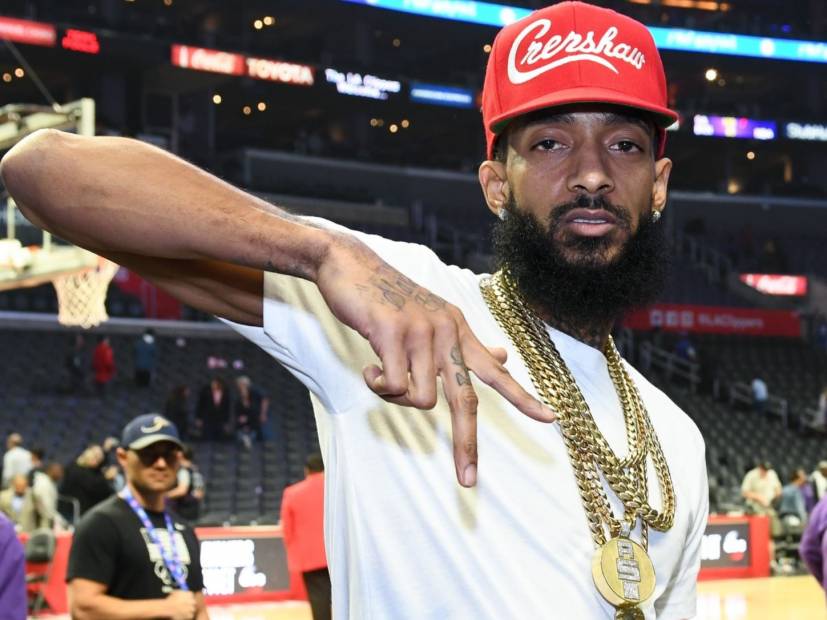 Los Angeles, CA – The war over Nipsey Hussle’s signature catchphrase, “The Marathon Continues,” is reportedly over. The Crips and Nip’s brother Blacc Sam both filed trademark applications for the phrase last month.

But according to The Blast, an official for Crips LLC (the company formed on behalf of the Crips) said “there will absolutely be no trademark legal battle between their organization and Blacc Sam, brother of the late Nipsy Hussle.

“We realize that our actions may have been offensive and we have reached out to his family, respectively Nips sister, Samantha Smith.”

The statement adds they “respectively vows to support the wishes of Lauren London and the Asghedom family.”

The Crips LLC’s Corporate Communications Director William King Hollis took it a step further and apologized for their actions.

“We are deeply sorry for any disruptions and melee that the trademark acquisition may have caused to his family, friends and fans,” he said.

In Hollis’ statement, he explains he and Nipsey had agreed to work together on a “mutual collaboration” for “The Marathon Continues” prior to his March 31 shooting death. He insisted there was no ill will when applying for the trademark and revealed there are currently no members in the LLC who belonged to the Rolling 60’s Crips.

The Crips LLC will eventually turn over the trademark to Nipsey. The application hasn’t been fully processed so they can likely pull theirs and let Blacc Sam’s go through.

As a sign of good faith, the LLC has offered to donate all the proceeds from an upcoming Bloods & Crips-themed beverage.

Nip was killed outside of his Marathon Clothing store at the intersection of Slauson and Crenshaw in Los Angeles. The alleged killer, Eric Holder, has been in custody since April. He’s pleaded not guilty.