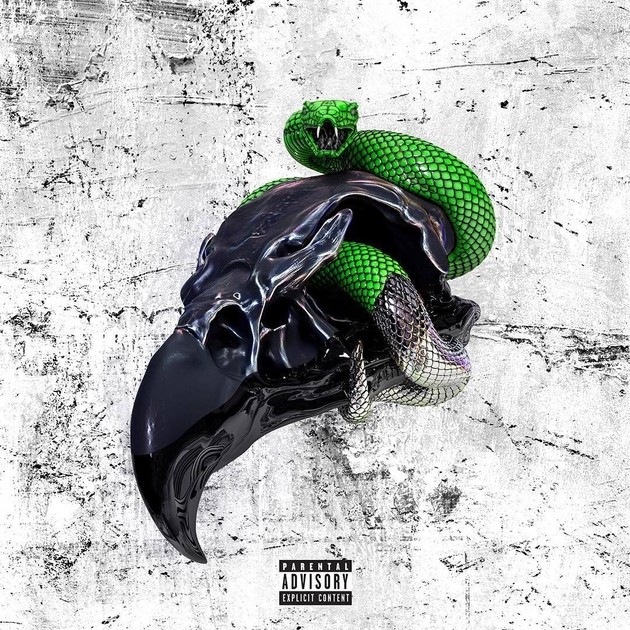 The vast majority of post-2000-born rappers trying to make a splash today would undoubtedly claim both Future and Thugger as the ultimate wave-makers – that’s why Super Slimey turned heads at breakneck speed when it dropped out of nowhere.

The title alone lets listeners know what is about to go down – the Super Trapper and the man behind the Slime Season series joining forces to execute gravelly Auto-Tuned murmurs over orthotic level support from an all-star production team (Mike Will Made-It, Wheezy, London On Da Track and Fuse, to name a few).

As soon as you hit play on leading track “No Cap” and hear Southside’s tag with that first roaring Kill Bill siren, you can tell the album is going to have the crème de la crème of beats — which it most certainly does. The only issue is that Hndrxx and Thugger don’t do much with them.

These room-filling, trunk-rattling banger beats make up the majority of the 13 song tracklist — which basically give Future and Thug the perfect alley-oop — but instead of shattering the backboard they get stuffed at the rim.

Technically speaking, the two trappers mix well enough to make the album listenable, but there are no real standout tracks. None of the songs on this album will likely crack the 100 million play count on any streaming service – they all just blend together like the music playing in the background at the local Foot Locker. “No Cap,” “Three” and “4 Da Gang” go a little harder than the remaining 10 but this is only thanks to the headbanging beats.

As a minor saving grace, both MCs get a few hot bars off throughout the 40 minutes. Future hits “Feed Me Dope” with some troubled gangster lines like “I was hustlin’ in the field with all I had boy/ My mama shed a few tears but I wasn’t sad boy/ Tryna explain to her for years she had a cash boy/ I took a pill and a half today, that ain’t my last boy.”

Thug then adds his metaphorical touch on “Group Home” where he vaguely yet poetically raps: “I cheated on my fears, yeah/ I broke up with my doubts, yeah/ Got engaged with my faith, yeah/ And now I’m marryin’ my dreams, yeah.” Nothing worth remembering a month from now, but still, better than a lot of this album’s filler.

It’s unfortunate there aren’t more instances on this project where they’re both going back and forth with each other in a sort of mumble rap bar-for-bar exercise. The most they actually mix together is when one sings a chorus and the other does ad-libs. Other than that, they barely touch each other’s verses, choruses or bridges. They don’t even attempt to harmonize with one another on the few deep cuts that call for more singing.

A musical collision of this magnitude definitely calls for a little more experimentation, especially from two of the genre’s most experimental.

What makes this lackluster display of pseudo hitmaking so concerning is that Future and Thug are poised and self-described as top tier hitmakers — something they’ve proved repeatedly all year. But despite joining forces, they simply don’t live up to the expectations they put on themselves. Super Slimey falls tragically short of being considered a strong joint project and it’s inherently clear that they still shine brightest as individuals.