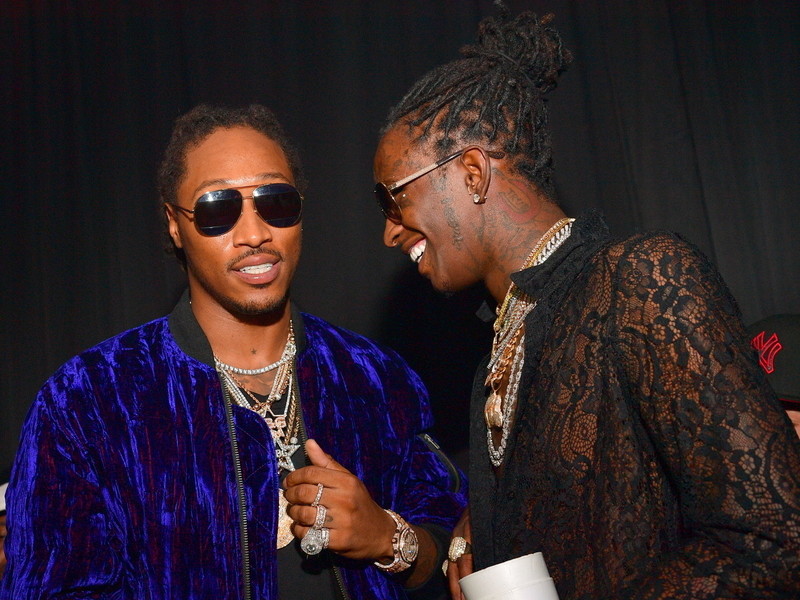 The newly formed duo’s Super Slimey is a 13 track release mostly comprised of their collaborations but also featuring two solo cuts from each man. Production is handled by a who’s who of beatmakers, including Mike Will Made It, London On Da Track, TM88 and Southside. Offset makes the lone guest appearance on the project.

Check out the stream, cover art and tracklist for Future and Thugger’s Super Slimey below.

(The original version of this article was published on October 19, 2017 and can found below.)

Rumors of a Future and Young Thug collaborative album are evidently true. The Atlanta rap superstars both confirmed the release of a new project via social media on Thursday (October 19). Titled Super Slimey, the collaboration is expected to arrive at midnight EST Friday (October 20).

No details about the tracklist or production credits have been revealed, but both rappers shared the cover art for Super Slimey on their various social media accounts.