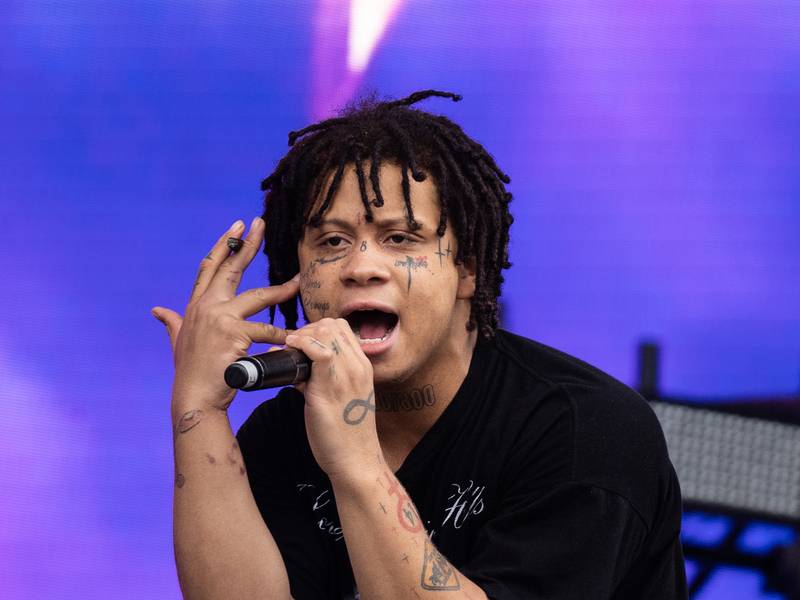 Trippie Redd has dropped his sophomore album, which is titled with an exclamation point. The studio project comes after he shared Old Self — a mixtape containing previously unreleased music — with fans in February.

! is comprised of 14 songs. Guests joining Redd on the LP include The Game, Playboi Carti, Lil Baby, Lil Duke and Coi Leray

[This post has been updated. The following was originally published on July 24, 2019.]

Trippie Redd is ready to drop his sophomore album. The TenThousand Projects signee has announced his second studio LP, which is simply titled !, will be released August 9.

The album features 14 tracks, including the Lil Baby and Lil Duke-assisted lead single “Mac 10.” The Game, Playboi Carti and Coi Leray round out the guest list for the upcoming LP.

Check out Redd’s ! cover art and tracklist below. Pre-order the project here.