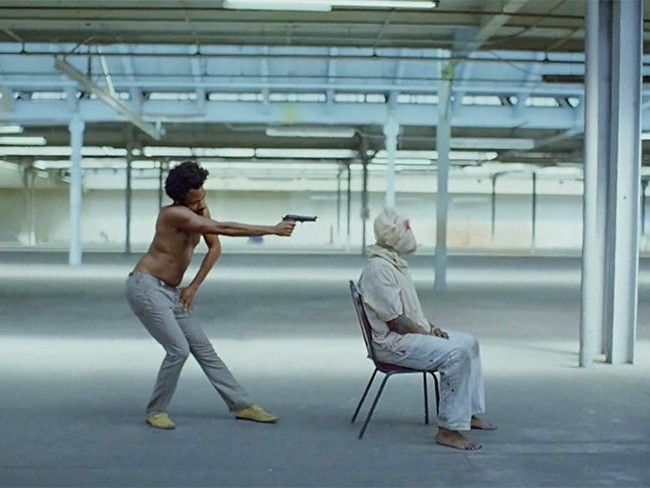 HipHopDX – This week in Hip Hop, Childish Gambino released a music video for “This Is America,” creatively encapsulating what living in America is like in 2018. Spotify also launched a “hateful conduct” policy and had R.Kelly and XXXTENTACION’s music removed from their playlists. Lastly, Houston lost “Million Dollar Hook Man” Big T, known for his contributions on Lil Troy’s 1999 hit “Wanna Be A Baller,” after he suffered a heart attack.

Childish Gambino upped the ante with his artistry with the release of his politically charged music video for “This Is America.” The visual creatively depicts what life is like in America 2018: accessible technology coupled with the instantaneous satisfaction from social media likes to distract from social issues such as racism and gun violence.

“This Is America” makes use of common ad-libs from today’s most popular rap stars such as Young Thug, 21 Savage, Slim Jxmmi, BlocBoy JB and Quavo. It also features TDE princess SZA in the video. Since its release, the video has accumulated over 100 million YouTube views.

The video has obvious symbolism throughout and addresses the state of the United States politically and socially.

Read DX’s deconstruction of Childish Gambino’s “This Is America” here.

The Time’s Up movement employed a #MuteRKelly campaign and called on every large corporation associated with him to stop doing business with him, and it appears Spotify has stepped up to the plate by removing his music from their curated playlists under their new “hateful conduct” policy.

“We are removing R. Kelly’s music from all Spotify owned and operated playlists and algorithmic recommendations such as Discover Weekly,” Spotify said in a statement. “His music will still be available on the service, but Spotify will not actively promote it.”

They also removed XXXTENTACTION’s music as well. Both artists have been accused of assaulting women either physically or sexually, but neither have been convicted.

Read more about Spotify’s new policy here or check out DX’s editorial about why it may pose problems in the future.

On May 7, the Houston Hip Hop community said good bye to Big T, also known as The Million Dollar Hook Man. The man behind the infectious choruses of so many popular Houston songs, more notably Lil Troy’s 1999 hit “Wanna Be A Baller,” passed away after suffering a heart attack.

T’s funeral was held Saturday (May 12) afternoon and attended by close friends and family.

George Clinton Is Retiring From Touring Because He “Funked Too Hard”

HipHopDX’s Kyle Eustice spoke with George Clinton recently and the 77-year-old funkmaster revealed he’s done with touring. However, he’ll still remain at the board producing records.

“I’m going to miss just [touring],” Clinton tells HipHopDX. “I’ve been practicing letting the band do it though and directing but I’m going to have fun still producing the albums and keeping the concepts going. They got the new fresh energy and they’ve been killing it for the last two years. I feel good, I feel safe. I have to do it. I got the pacemaker put in, so I have to pace myself anyway [laughs].”

DX’s Justin Ivey gathered music released from seven independent artists that you might have missed in April. Among them are NBHD’s “Godspeed Ahead” and The Doppelgangaz “Slay Bellz.”

Check out the full report here.