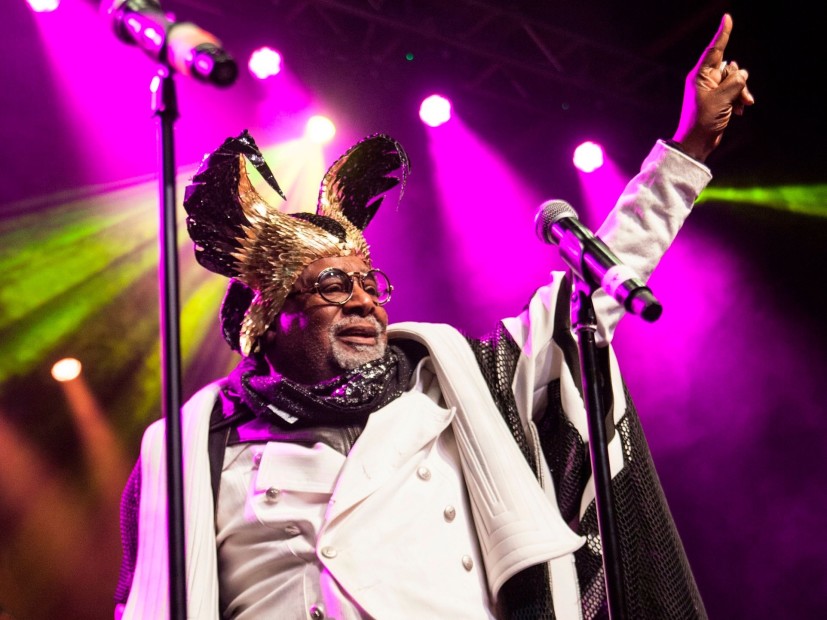 George Clinton Is Retiring From Touring Because He "Funked Too Hard"

Parliament-Funkadelic mastermind George Clinton got a pacemaker about three weeks ago and subsequently announced he was retiring from touring last month.

But the 77-year-old funk legend will still produce albums. In fact, he just shared a new video for “I’m Gon Make U Sick’O Me” featuring Scarface and Mudbone, which serves as the inaugural single from Parliament’s upcoming project, Medicaid Fraud Dawg.

“I’m going to miss just doing it [touring],” Clinton tells HipHopDX. “I’ve been practicing letting the band do it though and directing but I’m going to have fun still producing the albums and keeping the concepts going. They got the new fresh energy and they’ve been killing it for the last two years. I feel good, I feel safe. I have to do it. I got the pacemaker put in, so I have to pace myself anyway [laughs].”

Clinton realized something was wrong while performing a show a few weeks ago.

“I thought I had vertigo but it was my body saying, ‘You go. You go sit your ass down,'” he says with a chuckle. “I went and checked, and oh yeah, it was that time. A valve, not in my heart itself, the electrical wires, I had shook them loose. I was funkin’ too hard. They told me I couldn’t raise my left arm too high. So I have to use my right arm to direct the shows now.”

“I have to be cool period,” he continues. “I can direct the band but I can’t go out there and jump up and down. It’s just overwhelming. You know I’m going to try. But you definitely know when it’s time to sit your ass down.”[apple_news_ad type=”any”]

From Dr. Dre and 2Pac to Kendrick Lamar and Childish Gambino, Clinton’s music has been sampled by countless artists. The chief architect of funk paved the way for G-Funk and without him, we wouldn’t have songs like Warren G’s “Regulate” or Dre’s “Let Me Ride,” and Gambino certainly wouldn’t have written Awaken! My Love.

“Childish Gambino’s hit record ‘Redbone’ is one of our songs,” he explains. “They used Bootsy’s ‘I’d Rather Be With You’ as their blueprint. They said they went in the studio with Parliament-Funkadelic records and made their music. They got my stamp of approval.”

In terms of the road, Clinton says he has too many memorable stories in his arsenal to pick a favorite but two trips to Russia and Germany stand out.

“The funniest shit to me is to be in the van with the grandkids and all the younger kids, and be in Russia,” he recalls. “Russia is like any other Western country now. You got McDonald’s and Starbucks. But I remember Russia from the ’50s, ’60s and ’70s – Cold War Russia. It’s funny as hell to see Lenin’s statue right in front of a Starbucks. That’s the last thing he would have wanted to see. We’re all out there taking pictures with a guy that look like Stalin, a guy that looked like Putin — and you had to pay ’em — they were straight up capitalists. That to me was the funniest shit in the world.”[apple_news_ad type=”any”]

“We were in Germany the day the Berlin Wall came down,” he adds. “I’ve got pictures of that. We were right there.”

Clinton’s journey to better health really started about seven years ago when he put down hard drugs and alcohol.

“I don’t usually get sick, so when I got sick enough that I had to go the hospital and they kept me, I could look at myself and see that I was in bad shape,” he explains. “My ankle was as big as my thigh. They had to keep me for two or three days, and that was enough time to make up my mind.

“You need energy to quit. If you get enough energy to stop and you can’t doing nothing about it then it can work. I was already worried about getting back on the road because I was living day-to-day on the road all these years, so that always had me in a panic. I could never get sick — that was the way I felt, so when I finally did, that was it. I didn’t even think about it. I’m just so glad it happened.”

Clinton still smokes weed but everything else is off limits. His experience is the inspiration behind Medicaid Frawd Dawg (expected to arrive on June 22).

“Most of the legal shit out there they got people hooked on is crazy,” he says. “The meds they give you now; everybody’s on them now — my doctor looked at me like, ‘I can’t make no money off of you’ because I don’t take no meds. I did all my meds beforehand. I don’t need to do no more [laughs].