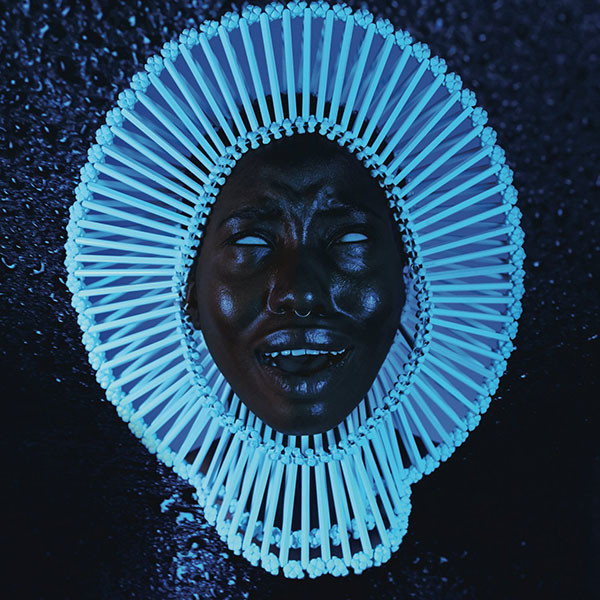 We’re currently living in the days where being an MC isn’t nearly revered as being a caricature.

Almost all musicians associated with Hip Hop’s present era have to be equipped with some sort of quirk to get ahead. As genetics would have it, Donald Glover and/or Childish Gambino is that quirk by default. From arriving on the scene spitting fiery raps in testicle-threatening shorts to becoming that reclusive heartthrob who attracts attraction from everyone across the entertainment spectrum, his trajectory into music notoriety has been an interesting one. He’s managed to obtain fans who dig his nerdcore lyricism and dismissed his crooning as being knockoff-Drake, and fans who cling to his imperfect falsetto and hope his name and “bars” never intersect in a sentence again.

Childish Gambino has redefined the term “esoteric” and made it commonplace in his music. Which earns his third studio effort, Awaken, My Love! points for being so daring, breaking the umbilical cord that still attaches him to rap’s embryo. (Hey, he has Atlanta and his fictional cousin Paperboy for that now.) The album transpires without so much as a lyrical couplet — exchanging raps for electromagnetic soul and fluorescent funk — and will ultimately be remembered for its experimentation over its execution.

Without question, Awaken, My Love! serves as a greenhouse for vibes as the album transitions from one tenured music hybrid to the next, often without so much as a crescendoed buildup. So in its quest to create a sonic out-of-body experience, it’s no surprise the project crashes with a long-winded harmonic mess in “Stand Tall,” that switches from inspirational hymn with angelic background vocals to Roots jam session before it abruptly cuts off. And then there are diversions from the overpowering psych-funk score like lime-in-the-coconut feeder “California” or aphrodisiacal interlude “Terrified” that never fully gel within the context of the album’s flow.

Comparisons to George Clinton and Funkadelic come easy, but there’s a lot more nuance in the equation that disassociates the project from being straightforward P-Funk. Think Ween with a splice of Andre Three Stacks’ past Dracula rendition. And hey, let’s compare it to early genre-warping Childish Gambino for that final cherry on the top.

The lack of a focused masterful visage doesn’t take away from ‘Bino & Co’s musicianship aptitude, however. Longtime not-so-secret weapon Ludwig Göransson once again maestros the compositions with wah pedals, clavinet grooves and mellotron wizardry that smash through any complacency on how albums are supposed to be presented in a digital age. See the lavish, harmonized shrills of “Redbone,” a song that has already stood the test of time less than 90 days after its first release. Likewise for the lead single “Me and Your Mama,” a dazzling acid trip of a record that injects long lost sentiments of love into song. (“Let me into your heart/Oh, this ain’t no bullshit/I really love you, girl/Oh, oh God” he screams on the hook.)

Awaken, My Love! won’t pierce everyone’s soul because Donald Gambino wasn’t birthed to be everyone’s cultural hero. And by foregoing his junior rebel-without-a-cause rap year, the alienation was inevitable. He’s the Atlanta outcast without a Dungeon to call home, but in time, especially with the musical strides exhibited on this project as whole, he just well may birth a new wave of artists who simply want to pick up an instrument and jam.