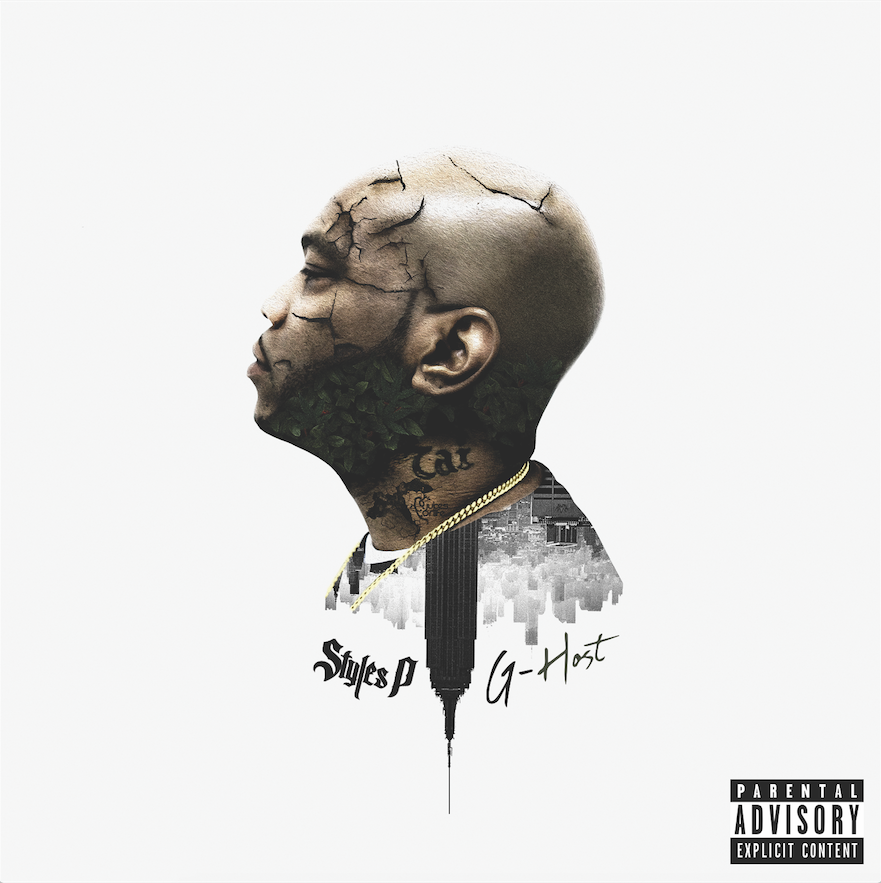 Nostalgia reigns supreme in New York City. On an average day, during an equally average walk down a crowded sidewalk, it’s likely a passerby will lament the “old” New York. The kids have no respect anymore, the newcomers are getting too comfortable, everything is watered down, and the rent on a studio in one of the outer boroughs could be a monthly payment on a whole house just about anywhere else. Realistically, out of tourist view, this is far from the truth, and there are still some things that have stuck to the gritty Gotham script.

Styles P albums are one of those tried and true vestiges.

The LOX vet has associated himself faithfully to a predictable subject matter and sound, which by all means isn’t a monotonous or generally bad thing. He does what he does, and does it rather well.

Fresh off the heels of March’s Nickel Bag EP, Styles’ first solo LP since 2015, G-Host, gives him a chance to bask in the spotlight. Though first glance at the track listing would allude to a feature-heavy soiree of lyrical bars, Styles really holds down the verses while his various friends only provide melodic hooks. This means there’s plenty of time left for the gun talk, the weed smoke, catching bodies and ducking the boys. The album starts off with “Bubble Up,” a sinister, piano-backed track with sharp hitting kicks which, with a couple summery sounding exceptions which don’t follow this tone (“Coolest O.G.,” “For This Occasion”), appropriately set the mood for the project. Though Dyce Payne holds down hook duties for most of the track, the Ghost himself takes back that responsibility to close out the opener, exuding the kind of emotion and intrigue that only comes from truly being about what he raps about.

Highlights include “Morning Mourning,” a slower-paced head nodder which boasts some of the more memorable production of the album. Where sometimes it gets stale to hear Styles have someone singing on a lot of the songs, here it just fits together a little more smoothly. On “Different Shit” the Ghost picks up the pace a bit with a consistent flow and high energy as he raps,“game is fact with some fiction in it, slang with some diction in it, peaceful but I hurt you, does that make me a hypocrite? Liquor, pour a fifth of it, weed, roll a spliff of it, always act the same but I’m always on some different shit.” Arguably the toughest line on the album shows up on “Ghost Wars.” It’s hard to believe that a vegan co-owner of a multi-location juice bar with a 4.5-star Yelp rating would ever say something along the lines of “Ever pray to God for some wrong shit?/Like the coke plug come with some strong shit?/Gunrunners come with some long shit?”

But alas, word for word, it really happened, and it goes to show that he may have changed his diet and business plan, but Styles P isn’t going to stop giving listeners a dose of the lifestyle that earned him his G-Stripes.

Though it could be a concern that there’s a lack of versatility, or a hesitation to try new things symbolic of growth as an artist when it comes to Styles P, sometimes it’s just better to not mess with a formula that works. Hip Hop heads will enjoy different approaches to recognizable samples (“Wait Your Turn B”), those who can relate to his criminal mischief or lust for weed will find common ground in his lyrics, and fans of a darker sounding breed of Hip Hop in contrast to the pop-leaning sounds of the top-charting tracks of today will appreciate a solid offering of just that.

After all, in the midst of the sanitization of a city once known for crime-ridden streets and neighborhoods visitors should stay out of, at least Styles P is doing his part to keep the “old” New York alive.