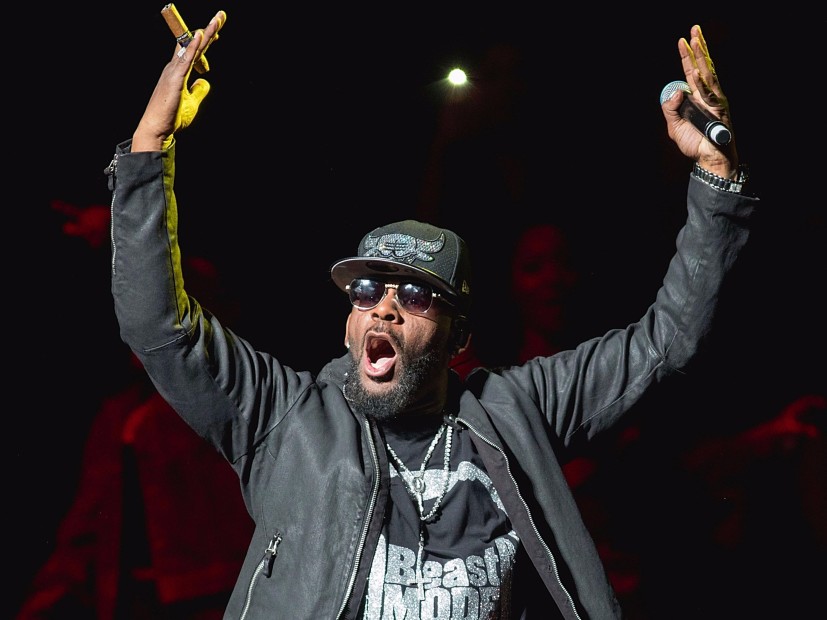 Spotify announced its new Hate Content & Hateful Conduct policy on Thursday (May 10), which allows the streaming service to remove an artists’ music from Spotify playlists based on their conduct.

The company started implementing it by removing R. Kelly’s music from Spotify-curated playlists and then moved on to XXXTENTACION’s material. Kelly is under the microscope for his alleged sex cult and devious sexual behavior, while X is facing multiple felonies stemming from a 2016 domestic abuse case.

But this is an extremely slippery slope. If Spotify is going to start removing artists with any type of criminal record, their catalog is going to be severely limited.

Upon hearing the news, X’s team questioned the company’s decision and cited several examples of other artists whose conduct has been just as controversial.

a response from XXXTentacion’s team on Spotify's decision to remove him from playlists pic.twitter.com/ivtEDJ2yGS

Some of the most celebrated artists have criminal records and murky pasts that put them in the same category as Kelly and X.

Let’s take it back.

For starters, Dr. Dre — N.W.A legend, Beats mastermind and creator of 1992’s classic The Chronic and its follow-up 2001 — infamously assaulted Pump It Up! host Dee Barnes at a Hollywood album release party in 1991. Eminem even immortalized the incident in the track “Guilty Conscience” featuring Dre.

Is Dre’s music still up on Spotify? Hell yeah.

Chris Brown — R&B superstar — and his continued success should have been stomped out nearly a decade ago following his brutal assault on Barbadian superstar Rihanna, his then-girlfriend, in 2009. As recently as Wednesday (May 9) — yes THIS Wednesday — Brown’s conduct is being called into question after a woman filed a lawsuit alleging she was raped multiple times at a drug-fueled sex party held at Brown’s home.

Is his music still on Spotify? Hell yeah.

Then we have Tekashi 6ix9ine, whose debut album DAY69 peaked at #4 on the Billboard 200 following its March release. Despite pleading guilty to one felony count of Use of a Child in a Sexual Performance, the 22-year-old’s career is exploding to new heights. His latest video, “Gotti,” was released last month and is currently sitting at over 65 million views on YouTube. Yet his music is still on Spotify.

Punk and rock music are just as riddled with felonious behavior. Sid Vicious of The Sex Pistols — one of the most influential punk bands of all time — was arrested for the 1978 stabbing death of his girlfriend Nancy Spungen and subsequently attempted suicide. He died a year later from a heroin overdose.

Then there’s KISS frontman Gene Simmons who was accused of sexual battery last year and Led Zeppelin guitarist Jimmy Page famously dated a 14-year-old when he was nearing his 30s. Both men are from two of biggest bands in rock history.

And that’s just the tip of the proverbial iceberg.[apple_news_ad type=”any”]

If Spotify was really about wholeheartedly supporting the #METOO movement and backing up the countless women who allege they’re victims of sexual assault or domestic violence, it will take down Kelly and X’s music altogether. Furthermore, it will start pulling down all the music created by anyone linked to any type of questionable behavior or alleged crime.

As Kelly’s team pointed out to New York Times writer Joe Coscarelli, “Spotify promotes numerous other artists who are convicted felons, others who have been arrested on charges of domestic violence and artists who sign lyrics that are violent and anti-women in nature.”

By this metric, Def Jam Recordings’ entire catalog would have to be removed because one of its founders, Russell Simmons, has been accused of sexual assault by numerous women.

While it’s likely coming from a honorable place, Spotify’s new policy simply isn’t the answer. In fact, it poses even more questions.

Where do we draw the line? Why are some artists allowed a pass while others become the poster children for their various crimes?

As stated to Coscarelli, Spotify explained, “As you can imagine this is a complicated process with room for debate and disagreement, so we can’t get into an artist by artist discussion.”

Well, it’s going to have to.