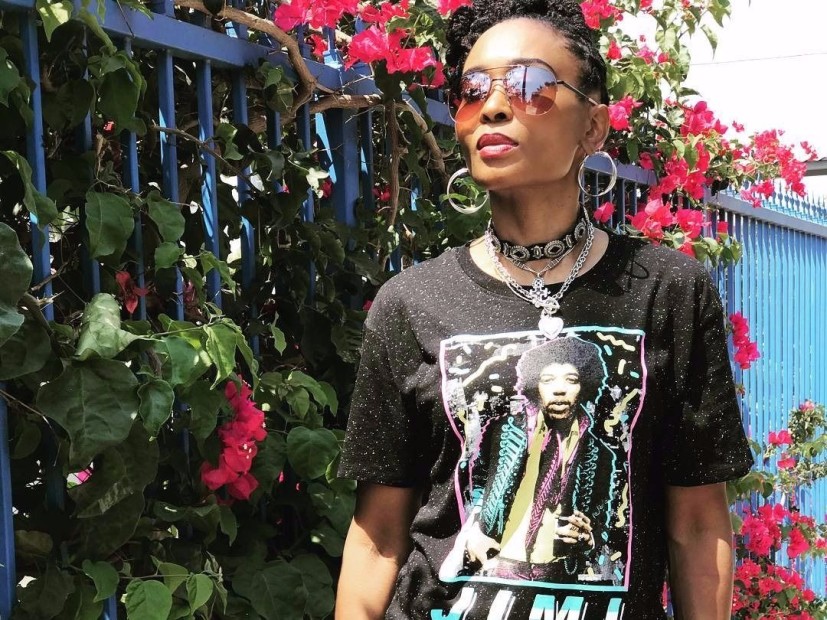 The recent surge in popularity of controversial artists like XXXTENTACION and Kodak Black has stirred up a dialogue between Hip Hop fans and critics alike — why are men who have a documented history of assaulting women still supported by the masses? Where do we draw the line and how can we separate the man from the music? Or should we?

But there’s a sinister story simmering below the surface of its success. Four months before the album dropped on Ruthless Records, Dre brutally assaulted Pump It Up! host Dee Barnes at a record release party in Hollywood.

The New York native, who was the first female Hip Hop journalist to have a broadcast television show, had done an interview with Cube after N.W.A’s controversial breakup that ran concurrently with an interview she’d done with the remaining members. Dre reportedly felt betrayed and viciously attacked her on the night of January 27, 1991. The following June, Niggaz4Life debuted at #2 on the Billboard 200.

Meanwhile, doors started to slam in her face and Barnes was having trouble finding work in her field. Even today, she says she’s been told, “I can’t work with you. I’m sponsored by Beats.”

“Everything was gradual,” Barnes tells HipHopDX. “People weren’t carrying cell phones. If that would have happened now, people would have filmed it and it would have been on video. It wasn’t all over the internet, but it was a gradual thing. There were a lot of people from the East Coast at the party because it was before the American Music Awards, so by the time the awards happened, it was being spread everywhere by word of mouth. By 2000, everything was up. We had blogs and things of that nature. The spotlight wasn’t on me because of my TV show now, it was because of what happened and who it was with.”

Barnes filed criminal charges against Dre and a civil suit followed. They settled out of court in 1993, but over the years, Dre, MC Ren and Eazy-E had turned the incident into a joke. In fact, in an 1991 interview with Rolling Stone, Dre reduced it to “no big thing,” while Ren said the “bitch deserved it.”

To add insult to injury, Eminem’s 1999 track “Guilty Conscience” featuring Dre reduces her to a pop culture reference with Em’s line, “You gonna take advice from somebody who slapped Dee Barnes?”

“Even as I was moving on with my life, eight years later, Dre makes that track with Eminem,” she explains. “Mind you, I’m living my life after the fact. Technically, the trial was two years of my life I can never get back. Nobody talks about that. If you step back, you could see I must have forgave him a long time ago because there was nothing vengeful about my behavior, you feel me? There was no smear campaign. My concern was it went from physical abuse to psychological abuse with that song.”

In 2015, the N.W.A biopic, Straight Outta Compton, would heighten interest in Barnes once again. Director F. Gary Gray, who also served as a camera man for Pump It Up! in the late ’80s/early ’90s, was asked about the Barnes assault during a Q&A session following a screening of the film, which he dismissed as a side story. But for Barnes, the whole incident was her own side story.

“There was a lot in Rolling Stone,” she says. “Allen Light called the article ‘Beating Up The Charts.’ Long story short — that was a reference to me. This was after the incident. They talk about it. They joke about it. They make light of it. [It’s] the most misogynistic shit ever.

“Two days before Straight Outta Compton came out, they were doing press and F. Gary Gray said something like, ‘Oh that’s just a side story, one of the many side stories,'” she continues. “Well, this is a side story for me because my history in Hip Hop goes deeper than that incident.”

It would be 26 years before Dre would issue a public apology in the New York Times, which was prompted by an article Barnes wrote for the now-defunct Gawker. Then, Dre admitted he was “out of his fucking mind” during the assault and apologized in the recent HBO series, The Defiant Ones, which Barnes also participated in.

“It was the first time he said to all the women I hurt,” she says. “There were so many, he couldn’t name us. I won’t say he can’t name us because we don’t know — we might all fucking haunt him. If you forget somebody it’s a problem, so legally maybe he couldn’t say my name. That’s fine. The point is, to me, it was the first time he acknowledged it whether it was a press thing or not.”

But Barnes was never waiting for him to say he was sorry. It was something she’d come to terms with a long time ago.

“I was not fucking waiting [laughs],” she says. “You don’t waste your life waiting for an apology you’re never going to get. I didn’t care. I already knew from the bragging, the braggadocio, songs about it — talk about balls — to put that in fucking ‘Guilty Conscience’ and do it in a sneaky way, and let Em do it. The story, the myth, the fable goes, Dre fell out of his chair laughing when he heard the line. That shit is like in Wikipedia. I can’t believe it didn’t break me. Like where’s my Wonder Woman cape? Fuck this shit.

“I had a history before the incident and I have a history after the incident, and of course everything in between,” she adds. “The truth got buried under that. The book is going to tell my whole story.”

The book she’s referring to is her forthcoming autobiography, Music, Myth and Misogyny: Memoirs Of A Female MC. She says it’s something that has helped get her to a place of peace.

“I was already feeling good,” she says. “That’s what allowed me to be in the movie [The Defiant Ones] in the first place. I was already in a place of peace for me to feel good about me. What did I have to be ashamed of? Even though that’s the corner they were trying to push me into. I have nothing to be ashamed of. I worked through that with this book. The book is very cathartic for me.”

For Barnes, music was always her first love. Her interest in journalism spawned from her passion for Hip Hop. Her former Hip Hop duo, Body & Soul, was signed to Delicious Vinyl. She worked on a radio show for KDAY in Los Angeles. She had unparalleled access to future legendary Hip Hop artists. While she may be eternally connected to Dre and the ugliness of violence, misogyny has sadly been a part of society for eons, something she’ll continue to fight.

“That’s not something engrained in Hip Hop,” she says. “Mind you, misogyny has been happening forever, way before Hip Hop. Rock, country, blues — every other country song is about some shit like that. This is engrained in our society. This is the culture of our society, not just music. Music is supposed to be a reflection of the way we live. Until it stops in our society, it’s going to be prevalent in everything — music, films, television shows — it’s going to be prevalent everywhere. They cross the line all the time. How do we stop it? It has to be economic. As long as it’s making money, it’s not going to stop.”