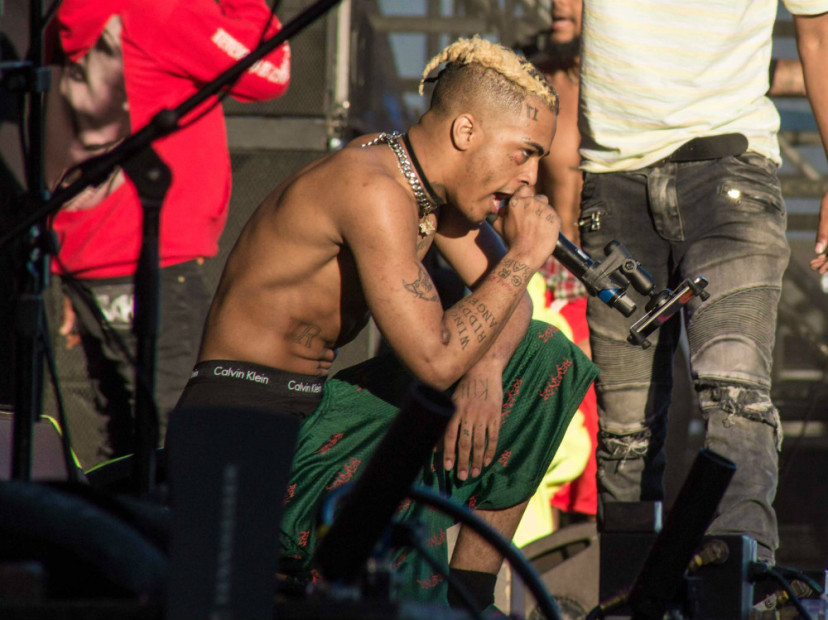 Controversial Florida rapper XXXTENTACION took his antics to another level after he uploaded an Instagram video of what appeared to show the musician hanging himself.

On Thursday (August 24), X took to Instagram to blast those who thought the disturbing clip was merely a publicity stunt when he says it was simply a preview of an upcoming music video.

“if you thought I would ‘pretend’ to kill myself for a publicity stunt you’re fucking stupid,” X wrote in the caption.

The provocative clip, posted Wednesday (August 23), shows the top of what looks like X’s head shortly before a dangling body is seen swinging from a tree branch.

Several fans of the rapper quickly expressed concern, seemingly unsure of the authenticity of the grim visual.

X resurfaced on social media hours later to let the world know the scene was from a forthcoming music video and berated those who didn’t “catch on.”

“It was a prop for my music video,” X said in a livestream. “It was a piece of the music video. Everybody needs to chill the fuck out. I was just trying to preview it. I didn’t know people would not catch on … I was in the middle of shooting it, so I couldn’t explain myself … I’m not playing around with suicide. Especially since I had a girl kill herself in my fuckin’ hotel room. Not even two, three months ago.”

X is preparing to release his new album, 17, which he dubbed as a project to help those suffering from depression. 17 is expected to arrive on Friday (August 25).