Review: Hate It Or Not, Tekashi 6ix9ine's "DAY69" Brings Grit Back To Commercial Rap 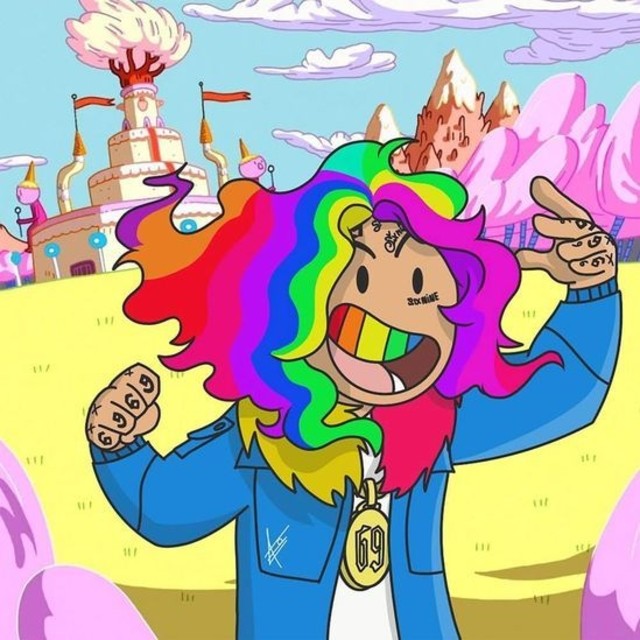 Back in the Hip Hop’s hardcore heyday, NYC-based acts like Onyx, M.O.P. and Screwball played their part in diversifying the space with heavy metal sensibilities — and even shouldered criticism for not being “lyrical” due to their screaming tactics that all but justified the invention of the pop filter.

As the rap space shifted to favor a less competitive, pop-friendly arena, nostalgia has prompted the aforementioned groups to be cast in a more positive light, with longtime fans yearning for a bit more grit to be represented in the commercial sphere (for whatever reason).

In controversial fashion, Brooklyn’s Tekashi 6ix9ine has answered the call, albeit not in the package anyone would expect.

With his abrasive social media presence, wacky rainbow hairstyle, murky backstory that involves pleading guilty to a charge of use of a child in a sexual performance and flip-flopping gang affiliations, his street cred going into this debut project was already shot more times than the sound effects that permeate his breakout “GUMMO” record.

All of which makes his talent that much more polarizing and intriguing. Gauging from the not-even-30-minute exposé that is DAY69, 6ix9ine’s music stands only to disrupt and destroy, much like a Sticky Fingaz or Fizzy Womack before him.

On “93,” blaring sirens and bass bombs clear the way for nimble lyricism as 6ix9ine fires out “Pull up with the Glocks out/ Red dots out/ Pull them mops out and the chops out/ Niggas air it out/ Go all out when we back out/ That’s a blackout/ Shooters all go/ They don’t clock out” in confident fashion.

Even more impressive is his ability to keep his sound more gutter than bowling alleys on back-to-back records that won’t completely dodge the ladies in “RONDO” and “KEKE.” While the presence of Tory Lanez, Young Thug, Fetty Wap and A Boogie Wit Da Hoodie undoubtedly breeds familiarity and digestibility, 6ix9ine doesn’t tone down his tough talk just because the instrumental can safely operate on a dance floor.

Sonically speaking, DAY69 rarely dulls as variations like electronica energy (“KOODA”), personified terror (“BILLY”) and, of course, gunshots provided by emerging beatsmiths such as Pi’erre Bourne, Koncept-P and others keep speakers and earbuds brimmed with angst.

Of course, even with the short runtime, there’s only so much bellowing and make-believe bodycounting listeners can take before they openly admit they don’t want any more smoke. A kick-in-the-door project like DAY69 is ripe for establishing a rap game motif but does little to crack the mystique surrounding the mind underneath the multi-colored mane.

Finding a way to inject the same level of intrigue into the music that he did with his Breakfast Club interview (which garnered 5 million views in three days) will not only ensure career longevity but make DAY69 nothing more than a startup project.

It is what it is, people. If the mere sight of his name, his rap sheet or the audacity of his persona make you grit your teeth, DAY69 won’t have you pledging allegiance to Scumgang anytime soon. The project won’t convert nonbelievers of the thrash rap subgenre either. But for anyone seeking out the mudbank in an era where even diss records come with apologies 24 hours later, 6ix9ine just may be your guy.