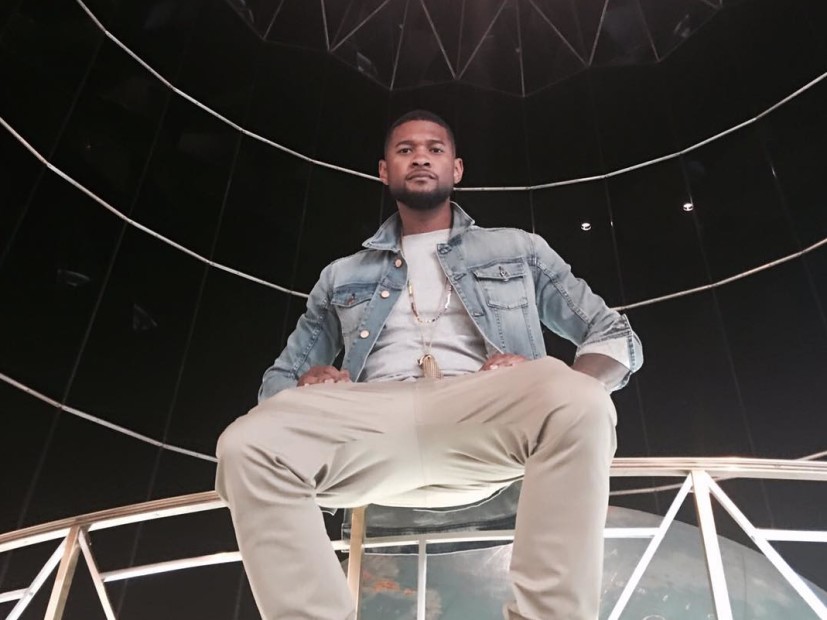 HipHopDX – This week in Hip Hop, Usher’s herpes lawsuit got complicated when more information concerning his accuser came to light. News of Kevin Gates’ BWA artist Yung Mazi shooting death in Atlanta  made headlines and got social media talking. We also learned how Martin Shkreli ended up with Lil Wayne’s Tha Carter V and that Lil Twist has it on his iPhone.

New information was revealed in the Usher herpes lawsuit this week that claimed Usher doesn’t actually have the virus. In fact, he plans on suing all involved for defamation of character.

Usher’s accuser, Quantasia Sharpton, claims she had birthday sex with the star, but he never disclosed he was carrying the virus. Although she doesn’t have herpes, she said she felt violated during a press conference with her lawyer Lisa Bloom.

Some tweets reveal Sharpton is hoping the move will change her life for the better, but a story she sent in for Baller Alert’s “Groupie Tale” segment says she also had sexual relations with August Alsina on the night in question.

Kevin Gates’ BWA artist Yung Mazi was shot and killed outside of an Atlanta restaurant on Sunday (August 6).

As news of Mazi’s passing spread, the number of social media posts dedicated to his life soared. Rich Homie Quan, Young Thug, Travis Scott and naturally, Kevin Gates’ wife Dreka Gates, were among those who sent their condolences.

The rapper had been shot over 10 times — once in the head — during his 31 years on the planet and survived, prompting him to claim god made him bulletproof.

How Martin Shkreli Got His Hands On “Tha Carter V”

It turns out Martin Shkreli got his hands on Lil Wayne’s Tha Carter V by sheer luck. The “Pharma Bro” told Daily Caller White House correspondent Alex Pfeiffer he bought a Bugatti and a copy of the project was in the CD deck.

I'll always remember how Shkreli told me he got the Carter 5. Wayne sold his Bugatti and left the CD in there..new owner sold it to shkreli

Shkreli is also in possession of Wu-Tang Clan’s $2 million LP, Once Upon A Time In Shaolin, which he casually played in the background during a recent interview.

The businessman, who was recently convicted of three counts of securities fraud, isn’t the only person in the world with a complete copy of Tha Carter V. Young Money rapper Lil Twist apparently has a copy on his iPhone.

On Hip Hop’s 44th birthday, HipHopDX’s Kyle Eustice caught up with Kurtis Blow and Grand Wizard Theodore. Blow, a Hip Hop icon most famous for “The Breaks,” spoke on the topic of younger rappers not knowing the history of the genre and how educating them is so important. He also breaks down the difference between an MC and a rapper.

“MCs build up the community,” Blow said. “The difference between an MC and a rapper is the MC builds up the communities, but the rappers seem to tear it down. We have a responsibility to uplift the community. We gotta help the people. Whatever you want to call yourself, a trap artist or whatever, you have a job to do.”

DX’s Editor-at-Large Shirley Ju spoke with three of the Black Eyed Peas about their graphic nove,l Masters of the Sun – The Zombie Chronicles, on Wednesday (August 9). It’s a project will.i.am, apl.de.ap and Taboo had been working on for four years.

“It’s what’s going on in our community right now, still,” apl.de.ap explained. “Even all the way to the Philippines. We just want to really relay a positive message. It’s a parallel story. These kids trying to save their community and trying to bring positive vibes.”

#blackeyedpeas speaking on their graphic novel "masters of the sun" ? which draws upon the personal story of #william

Skyzoo dropped by the DX Headquarters in Los Angeles for #DXLive and gave a little insight into the world of a ghostwriter. He prides himself on being able to pen in the voice of the artist.

“The way it works, let’s say for instance you hit me up saying, ‘Yo, I’m working on something, I want you to come through help me out whatever,'” Sky said. “Either I’ll come to where you’re at in L.A. or whatever, we could do it via email and we just kick it and build. You give me the beat, what you have conceptually in mind, or if you don’t have a concept, we build. Nine times out of 10, you always got the beat, you give me the beat and we build on it. I’ll pen it in your voice.”