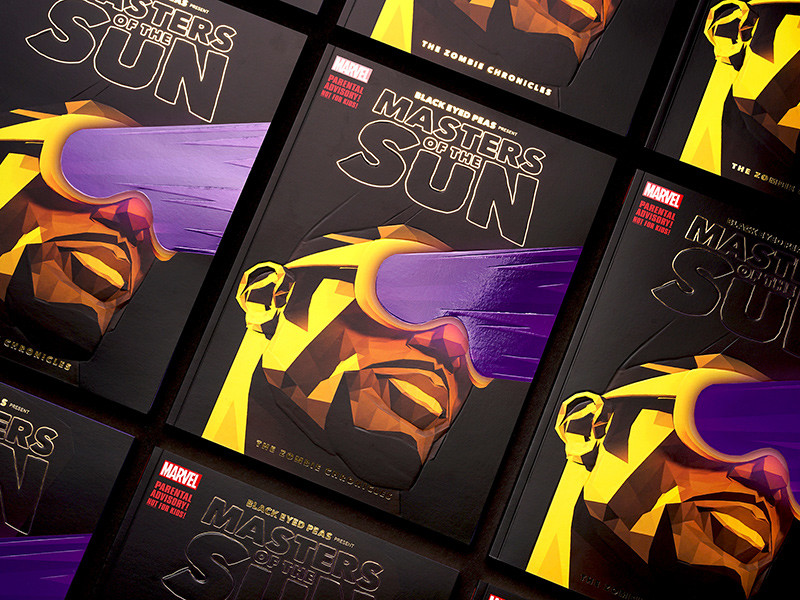 Los Angeles, CA – The most recent musical release from the Black Eyed Peas was their star-studded 2016 music video for the re-vamped version of their 2003 hit “Where Is The Love.” Now, they’re back to tell a different story — via graphic novel.

On Wednesday (August 9), will.i.am, Taboo, and apl.de.ap celebrated the release of their newest creative project titled Masters of the Sun – The Zombie Chronicles. This took the form of an in-store signing at Meltdown Comics & Collectibles in Los Angeles and a livestream Q&A.

The plot, which was written by will.i.am and inspired by his personal story, sees Los Angeles being attacked by aliens, while humans are transforming into zombies. The main character, Zulu-X, lands in the middle of the action and uses his wits to fight an ancient order.

In an interview with the three BEP members in attendance (minus Fergie — who Will said in June was still in the group, despite previous reports), Taboo told HipHopDX, “We’ve been working on it for four years. I just brought up the collaboration with Marvel.”

#blackeyedpeas speaking on their graphic novel "masters of the sun" ? which draws upon the personal story of #william

apl.de.ap explains further: “It’s what’s going on in our community right now, still. Even all the way to the Philippines. We just want to really relay a positive message. It’s a parallel story. These kids trying to save their community and trying to bring positive vibes.”

When asked about upcoming music, will.i.am made sure to keep the focus on the book.

Watch the full livestream below.