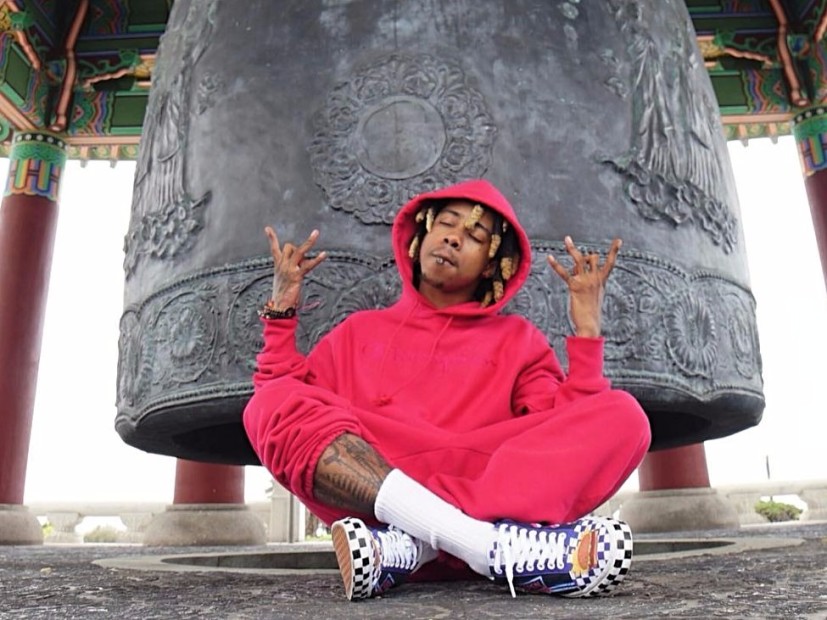 Lil Twist Has Lil Wayne’s "C5" On His Phone

Los Angeles, CA – Lil Twist has been enjoying his freedom after being released from jail in April. The Los Angeles transplant and Young Money rapper showed support for Chris Brown’s artist Luvaboy TJ at the Machine Lyfe listening party on Friday (August 4) at the Village Recorder studios in West Los Angeles.

Prior to the festivities, HipHopDX caught up with Twist and talked about the current status of Young Money and Lil Wayne’s Tha Carter V, which remains in the vault.

Stepping out in a white button up, fedora, and red Vans, it was evident Twist was in good spirits.

“I’m good,” he told DX. “Now that I’m a free man, I’m feeling great. I’m prepping this Young Carter 2 mixtape. I just dropped the first one as soon as I got home. I liked the feedback, so now I’m working on the second one.”

Recently, Mack Maine celebrated his 35th birthday in Miami with Lil Wayne, Nicki Minaj, Drake and French Montana. While Twist was unable to join the reunion, he commented on the current status of Young Money.

“We still working on jumping ship,” he says. “It’s still in the course. We trying to get over it.”

Although it’s been 12 years since Weezy took Twist under his wing, it seems the relationship between the two remains stronger than ever.

“He’s great,” Twist explains. “I talk to him all the time. He’s actually in Miami. I’m going out there within the next week to go back and link up with him. He’s doing great. He’s working every day as usual.”

Additionally, Twist admits to being the only other person with Wayne’s long-awaited C5 project on his phone.

“C5 is fucking crazy,” he says. “I can’t wait ‘til y’all hear it. I’m the only person outside of him that got it on my phone. It’s fucking crazy. It’s berserk. He got a lot of features on that. He working with Mannie Fresh on the album again. That’s gonna be good for the people.”

Recently, the Texas rapper debuted a new “loyalty” tattoo above his left eye. Many assumed it was dedicated to Lil Tunechi and it turns out they may be right.

“Just showing my loyalty,” he explains. “I’ve been loyal to my boy Weezy for the last 12 years… it’s been a long time. Just dedicated to me being a loyal person really. That’s what a lot of people tied it to- because that’s who I’m most loyal to.

When asked about Young Money’s relationship with Birdman, he quickly responded, “Everything is good. We’re just trying to get over the hump.”

For now, Twist is just staying out of trouble and working on music.

“[I’m] being focused on what I need to be focused on,” he says. “This next Young Carter 2 project, and big things that’s in the works that you guys will be hearing soon.”