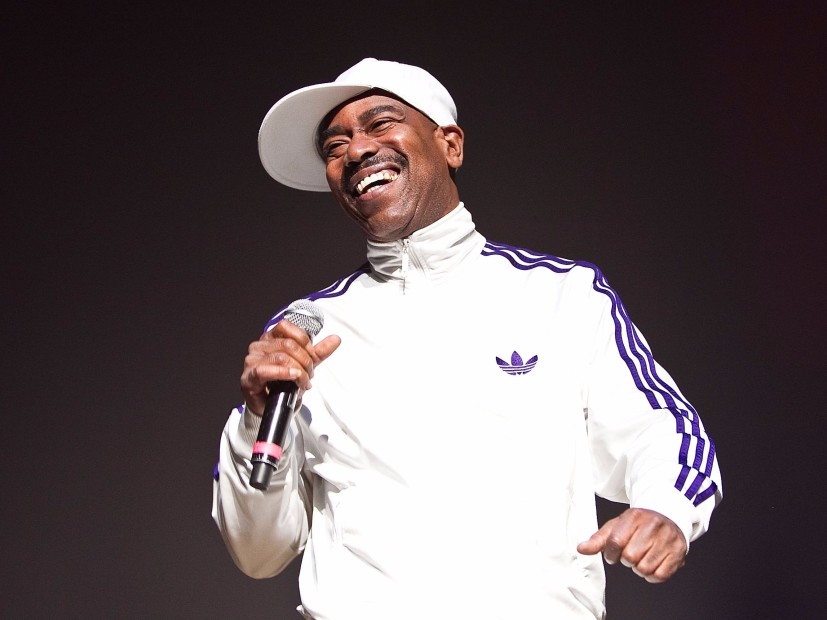 Kurtis Blow: MCs Build Up Communities, Rappers Tear Them Down

An army of Hip Hop’s architects and pioneers are gathering in the Bronx on Saturday (August 12) for the fourth annual Bronx Church Day, a celebration of those who have passed away and who continue to uplift the culture.

It’ll also recognize the Hip Hop Boulevard 5, a group that was instrumental in the renaming of 1520 Sedgwick — the birthplace of Hip Hop — to Hip Hop Blvd. It’s a community event to commemorate the contributions so many have made to the culture.

Kurtis Blow will serve as the keynote speaker.

“We’re going to honor them along with Kool Herc and his sister Cindy Campbell,” Blow tells HipHopDX. “We’ll also be honoring the families and our fallen soldiers that paved the way, who are legends in their own right.”

Grand Wizard Theodore, who was also on the call and will be at the event, sees it as an opportunity to pass down the knowledge the forefathers of Hip Hop have learned over the past 44 years, since Hip Hop was officially born on August 11, 1973, the day DJ Kool Herc invented the “break” at a back-to-school jam. It’s a part of history that changed the course of music forever and led to Hip Hop becoming the biggest genre in America.

Like Lil Yachty, who was once unable to name a 2Pac or Biggie song, there’s a perceived disconnect between the younger generation and Hip Hop’s foundation.

“I feel like it’s education,” Theodore tells DX. “Education is very important. We as pioneers have to make sure that we document everything so that when it’s presented to the world, everything is true, and people aren’t trying to rewrite history. We have to make sure we make history right. Everybody has to get a history lesson on who Afrika Bambaataa is … Cold Crush Brothers, Disco King Mario, Kurtis Blow — all the DJs from the five boroughs. Everybody got to be educated on who these people are — who we are. A lot of the younger generations are not being educated.”

“I really do agree with Theodore,” Blow adds. “When he said, education is so important — you can’t know where you’re going unless you know where you come from. History teaches us we don’t have to make the same mistakes in the past — we can repeat those successes. I have this theory — whatever you want to do with your life, whatever dream you have, whether it’s to become a doctor or a lawyer, you have to do the research and learn about the subject, and the history of the subject. You will find out the successes of the pioneers, repeat those steps they chose to earn those success. You will also reap those benefits.”

Blow and Theodore also firmly believe there’s an important distinction between an MC and a rapper. When Hip Hop first emerged, it was a way to feel empowered, and it offered an escape from the harsh realities of poverty and crime that so many people faced growing up in the often violent neighborhoods of New York City.

“If you were rapping in ’78, ’79, you were an MC,” Blow explains. “MCs build up the community. The difference between an MC and a rapper is the MC builds up the communities, but the rappers seem to tear it down. We have a responsibility to uplift the community. We gotta help the people. Whatever you want to call yourself, a trap artist or whatever, you have a job to do.”

“We need to band up and let our voice be heard,” Theodore adds.

On Saturday, many walls that have been built up over the past four decades will be torn down as countless purveyors of the culture come out to celebrate the lives of fallen pioneers like Scott La Rock, Sugarhill Gang’s Big Bank Hank, Kool DJ AJ and Mr. Magic.

“I feel like this event will be a positive turning point for all of us to come together as one,” Theodore says. “It’s something we should have done years and years ago in the ’80s. We would be a lot further than we are now. Leave your egos at the door. We’re not young kids living at our parents houses. We’re grown men, we should be able to sit down at the table and become one. This art form was formed by many, many people.”

Grandmaster Flash and the Furious Five, which was the first Hip Hop group to be inducted into the Rock and Roll Hall of Fame, and is most famous for the classic cut “The Message,” broke up in the late ’80s, but one of its original members, The Kidd Creole, is facing some serious charges after he admittedly stabbed a homeless man to death.

“Don’t let media dictate what’s going on,” Theodore says. “Send prayers. Forget all the stuff the media is putting out there. We just want to send him our support. I’ve known him since I was a teenager. When I see something in the media, I don’t even want to hear all that.”

“Many in the media are attacking the group and picking up negativity,” Blow adds. “They were Earth Wind & Fire to Hip Hop. Nobody could touch them. From 1977 to 1980, in New York City, they were number one before they even started making records. Anytime they’d play, the clubs were packed. Grandmaster Flash, the DJ, did so much for Hip Hop. He’s really up there with Kool Herc as one of the forefathers. This is the first rap group inducted into the Rock and Roll Hall of Fame. It’s Hip Hop’s first group — period.”

Bronx Church Day kicks off at 12 p.m. at 161st and Grand Concourse.