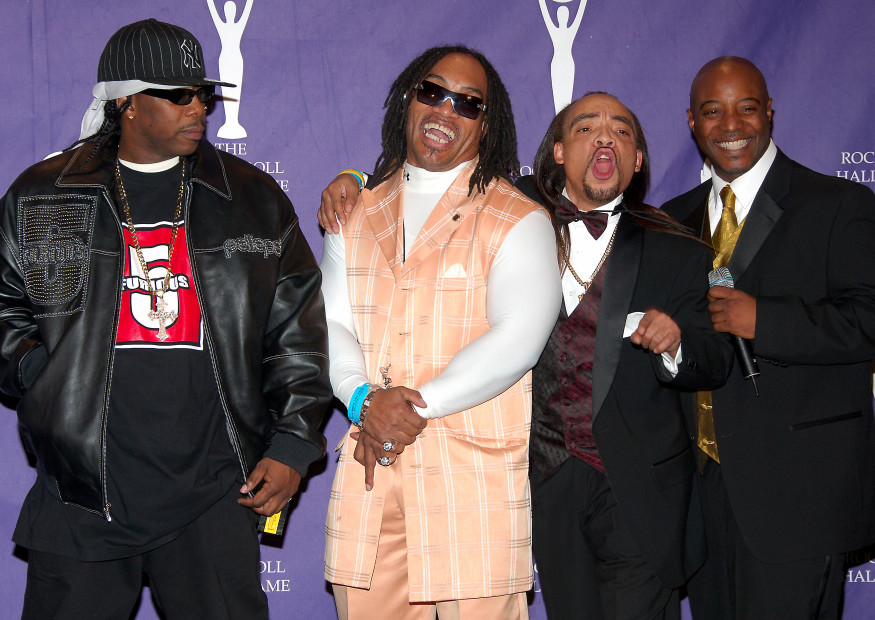 Grandmaster Flash & The Furious Five’s The Kidd Creole has officially been indicted for the August 1 stabbing death of a homeless man, according to the New York Daily News.

Creole reportedly told investigators he felt threatened by the victim, 55-year-old ex-con John Jolly, when the stabbing occurred. The 57-year-old New York native thought the man had made a pass at him, prosecutors say.

Fellow Furious Five member Rahiem told HipHopDX he believed something similar. “I can only assume he maybe asked him for money, and maybe based on how he responded, he and the homeless man exchanged words,” Rahiem told DX. “I don’t know, but that’s what it seemed.”

The indictment is still sealed, but Creole is reportedly due back in court for his next arraignment on August 23.

(The original version of this article was published on August 2, 2017 and can be found below.)

The Kidd Creole of pioneering ’80s Hip Hop group Grandmaster Flash & the Furious Five has been charged in the fatal stabbing of a homeless man. The stabbing occurred in Midtown New York sometime on Tuesday (August 1), according to News 4 New York.

Sources say Kidd Creole (real name Nathaniel Glover) confessed to stabbing the man — identified as 55-year-old John Jolly — after he was questioned and subsequently arrested on Wednesday (August 2) at the 13th Precinct in Manhattan.

Legendary New York City promotor Van Silk confirmed to HipHopDX that Kidd Creole is, in fact, “in jail.” The Furious Five is scheduled to perform as a group for the first time since 2013 on August 20 in Philadelphia. Rahiem, one of the members of the Furious Five, spoke to DX exclusively about the situation.

“It’s definitely a downer,” Rahiem told DX. “It’s an unfortunate circumstance. We don’t really have all the information of what happened, but I would just go out on a limb and say this person he had the incident with was a homeless person, so I can only assume he maybe asked him for money, and maybe based on how he responded, he and the homeless man exchanged words. I don’t know, but that’s what it seemed based on what the Daily News reported. I believe he’s incarcerated, so I don’t think we will have an opportunity to speak with him and get his side of the story directly.”

Grandmaster Flash and the Furious Five formed in the Bronx in the late 1970s. They’re most known for their influential 1982 rap song, “The Message,” which as been sampled in countless Hip Hop songs, including Ice Cube’s “Check Yo’ Self,” Puff Daddy and Mase’s “Can’t Nobody Hold Me Down,” and 2Pac’s “2 Of Amerikaz Most Wanted” featuring Snoop Dogg.

Over the years, various members of the group have broken out on their own, most notably Grandmaster Flash, Scorpio and Melle Mel.

“He’s not close with his family, so I don’t believe anyone in his family is in contact with him, but I hit Melle and Scorpio because they’re in Europe,” Rahiem explains. “I’m sure by now they’ve heard. I think that their reaction is probably going to be very similar to mine. But Melle Mel and Scorpio have been doing shows on their own for the last few years now without the group. They’ll probably keep doing that.”

The group broke up in the late ’80s and in 2007, they were inducted into the Rock & Roll Hall of Fame. Rahiem has come to terms with the fact Flash won’t be joining them anytime soon.

“Grandmaster Flash is content to work without the Furious Five,” he says. “He’s been working exclusively doing DJ gigs for the past 17 years. In my humble opinion, if I were him, I wouldn’t look back either. For the sake of Hip Hop, I would, but you know, there’s some things I don’t think Flash could put behind him as the result of his interactions with certain members of the group — not me [laughs]. As a result of that, he’s not willing to put himself back in that situation.”

Van Silk, who was instrumental in getting The Furious Five back together for the 2013 reunion and the upcoming East Coast run, is in disbelief. He’d been talking to Public Enemy’s Chuck D about a mini-tour with the whole gang, but he’s convinced this could be it.

“To be honest, depending on Kidd Creole’s situation, this might be the end of the Furious 5,” Van says. “With that being said, that Cowboy is no longer here. Personally, I was looking forward to the guys being back on stage together after nine months of just talking. Rahiem and Scorpio talked for the first time since 2013. We tried to reunite then, but only did a few shows. I had talk to Chuck D about doing a Public Enemy and Furious Five mini-tour, which we were supposed to start discussing this month. My heart is broken.”