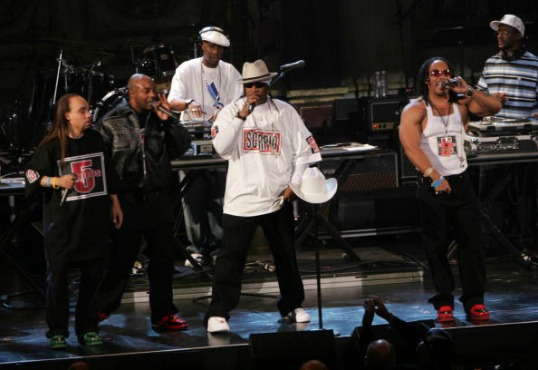 The genre of Hip Hop has created a plethora of classic records, so wrapping one’s head around the best 100 (let alone ranking them) could be considered quite the chore.

Rolling Stone was up to the challenge and put recently combed through 40+ years of music to create their 100 Greatest Hip Hop songs list.

In the end, 33 artists and experts from Rick Rubin to Busta Rhymes, decided there can only be one winner and Grandmaster Flash and the Furious Five’s “The Message” was bestowed the top honor. Released in 1982, it became one of the first socio-conscious records from rap culture to go mainstream thanks in part to its catchy “Don’t push me ’cause I’m close to the edge” chorus and infectious break beat. Also, a hardly ever publicized tidbit is the fact that Melle Mel and Duke Bootee are the only Furious Five members who actually perform on the track.

A 2015 edition of the Greatest Hip Hop songs list was devoid of any Bone Thugs-N-Harmony inclusion, prompting both Bizzy and Layzie Bone to lash out in anger at the long-running publication. That oversight has been amended in the latest update as their global smash hit “Tha Crossroads” is firmly planted at #95.

While automatic selections such as Eminem’s “Stan,” Wu-Tang Clan’s “Protect Ya Neck,” Dr. Dre and Snoop Dogg’s “Nuthin But a ‘G’ Thang’ and N.W.A’s “Fuck tha Police” round out the list, it’s worth nothing that Rolling Stone sent a clear message to keep the rundown largely in the Golden and Diamond Eras, with the only inclusions from the current decade coming from the vault of Kanye West. The highest of the pair, the Nicki Minaj show-stealing “Monster” falls in line at #69, while the electro-bounce of the Hit Boy-produced, Jay Z duet, “Niggas in Paris” gets a #71 placement. Could it be that the Digital Era is failing to make music that resonates down the line or is this list too rooted in nostalgia? The debate is everlasting.

View the entire Rolling Stone’s 100 Greatest Hip-Hop Songs list here and let us know what your honest top five songs of all time would be in the comment section below.