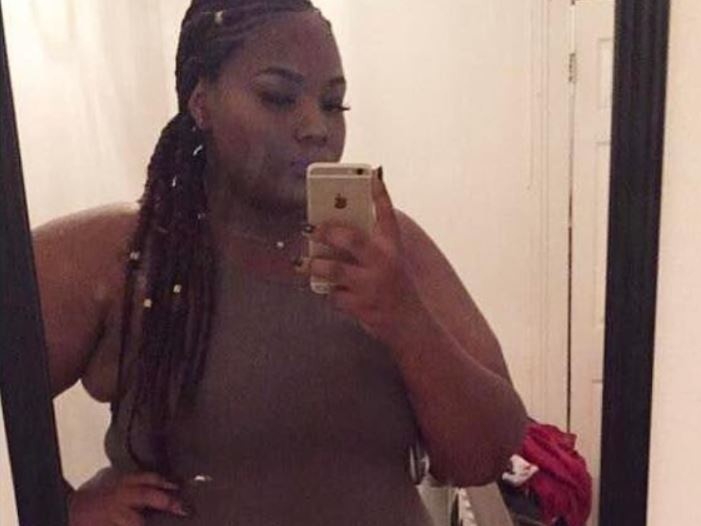 Quantasia Sharpton, the woman suing Usher for allegedly exposing her to an STD, captured the side-eye of many when a tweet sent one week before her lawsuit surfaced.

In the tweet, Sharpton wrote “I need some money,” and added a handful of brooding emojis.

Despite the timing of the tweet, the woman’s lawyer, Lisa Bloom, is standing by her client.

Although Sharpton previously claimed to have been intimate with Usher after he plucked her out of the crowd during a concert on her 19th birthday, the eight-time Grammy winner has reportedly informed those close to him that he never slept with the woman.

Additionally, according to sources, if Usher did have Sharpton join him on stage it could have been as “an esteem booster.”

This latest batch of news involving Usher’s accuser comes as Sharpton faces yet another blast from the past.

BET reports that Sharpton allegedly sent in a “Groupie Tale” to Baller Alert detailing an alleged intimate encounter with singer August Alsina in 2014. The person who submitted the “Groupie Tale” revealed that they hung out backstage with Alsina after receiving concert tickets from the musician’s DJ.

From there, the woman who penned the tale and a friend allegedly traveled with Alsina back to the hotel.

“Dj era and my friend went to Era’s room and me and Aug went to his room. when we got to his room he started rubbing on my private area below. (To keep it PG) he didn’t even allow me to take my dress off before he bent me over on the couch and was fucking me,” the woman wrote.

Although the “Groupie Tale” doesn’t feature a signature, Sharpton did post photos with Alsina around the same time the story was published. Additionally, Fameolous posted screen captures from a conversation between Sharpton and another woman about the “Groupie Tale” involving August Alsina.

When she caught up she claims she's joking like the time she sent Balleralert her "sex experience" with @augustalsina ?She got caught & said she was joking but check out how she lied about working at Def Jam???I'm done . Next story