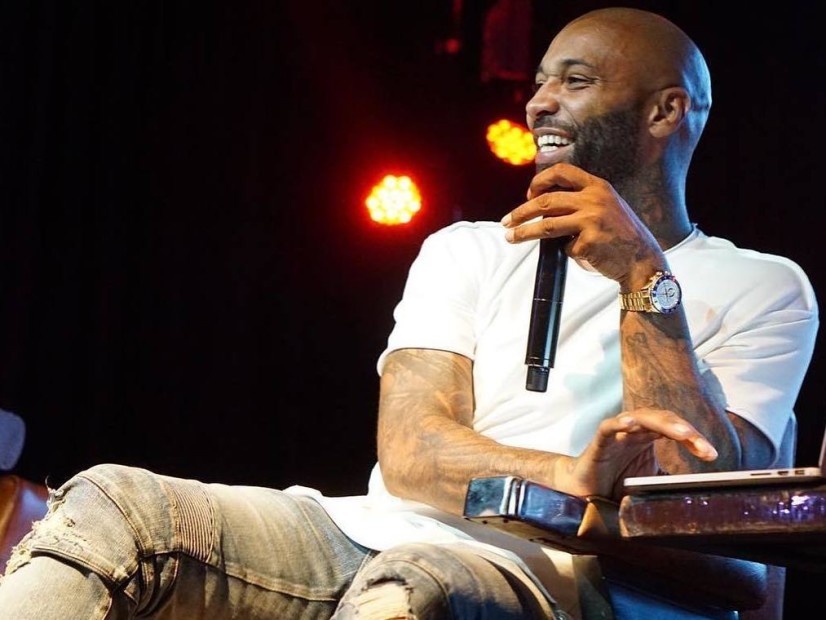 Joe Budden On Usher's $20M Lawsuit: "All These Niggas Got Herpes"

New York, NY – A $20 million dollar lawsuit accusing Usher of spreading herpes to a woman after becoming aware of his positive diagnosis has dominated headlines this week. Unsurprisingly, Joe Budden chimed in on the hot topic during an episode of Complex’s Everyday Struggle.

Joe believes the woman will get the full amount she’s demanding and joked about the STD saying that, “it goes away sometimes.”

“All these niggas got herpes,” Budden said with a laugh. “Dirty dick fucks. You think they just running around sticking their dicks into every groupie at the concert didn’t contract nothing?”

The allegations have turned Usher into somewhat of a pariah and led to countless jokes on social media. Court documents claim the “U Got It Bad” singer contracted the incurable virus around 2009. Still, some are trying not to pile on Usher during this bad news cycle.

“This ain’t really news,” Budden added. “But I will say this, every time I’ve met Usher, he’s been really amazing. He’s such a great guy and great person and I look up to him and what he’s done in his tenure and just music…I feel bad for talking about Usher having herpes.”

The Game also added his two cents on the situation, coming to the 38-year-old R&B singer’s defense on Instagram.

“Stop tryna tear niggas down with all this maybe bogus shit, Jane Doe this & Jane Doe that,” Game commented. “A week ago everybody were usher fans, now because of a health condition he may or may not have, its fuck usher, stay away from him, his wife should’ve done this etc.”

Lisa Bloom, the lawyer representing the woman in the lawsuit, has said more women have come forward who say that they had sex with Usher after he became aware of his diagnosis. She also tweeted out that Usher isn’t the only famous artist who is carrying the virus and knowingly spreading it.

It's not just Usher. Been fielding calls about several other STD-positive A list musicians who infected partners. Be careful out there.