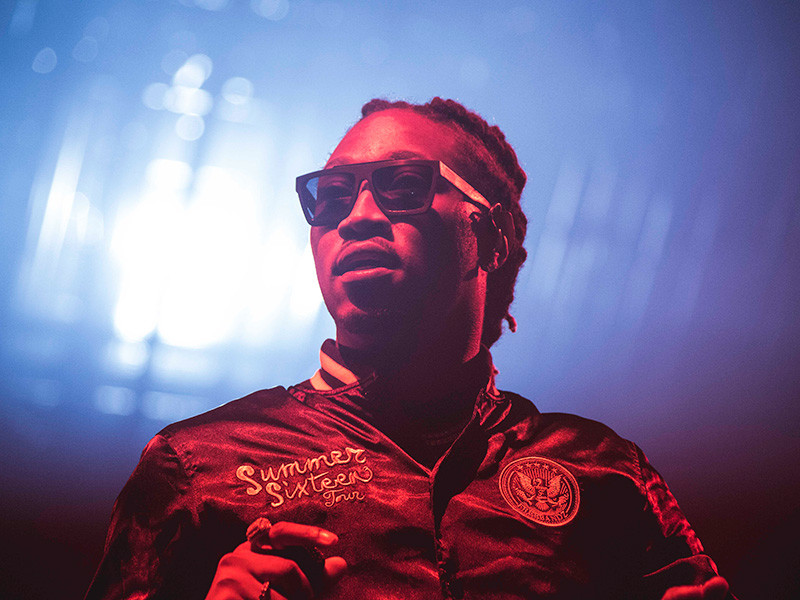 Future’s follow-up to EVOL is here. The project, simply titled FUTURE, is made up of 17 tracks without features as the Atlanta rapper seeks to get back to his roots.

“I want to go back into being more underground,” he explained in an interview on Beats 1 radio with Zane Lowe. “Reconnecting with the fans, being more hands-on with my fans again, tweeting to fans, responding to things they want to know about.”

Future will tour with Migos, Tory Lanez and Kodak Black starting in May.

Future added to the hype surrounding his upcoming self-titled album by sharing the tracklist and a trailer for the project.

Future, due out Friday (February 17), is made up of 17 tracks with no listed features. (Is he given J. Cole a run for his money?)

We can probably expect production from Zaytoven, Southside and Metro Boomin on the project, especially as Future tweeted about the last two today (February 15). The trailer opens with Young Metro’s drop.

My lil brother @sizzle808MAFIA rich as phuck& he ain't switched up yet..dis yo year fool #FBG

Metro my lil brother forever & he the biggest in the game. Bag Secured ?

This is the follow-up of gold-certified EVOL, which dropped a year ago, but the Atlanta star is still riding the success of 2015’s Dirty Sprite 2 LP, which included the tracks “Fuck Up Some Commas” and “Where Ya At” with Drake.

Future will be promoting the new album on the Nobody Safe Tour with Migos, Tory Lanez and Kodak Black.

Pre-order Future on iTunes and check out the tracklist and cover art below.

Atlanta lyricist Future has emerged from his brief rap hibernation with big news.

For those eager for new tunes from the rapper, whose last studio release, EVOL, came a little over a year ago, Future revealed on Twitter that he was merely “preparing the feast” and is now ready to drop his latest project for the masses.

“I was preparing the feast. U walked away from the table too soon,” Future tweeted today (February 14), along with a pre-order link for his new album.

I was preparing the feast. U walked away from the table too soon https://t.co/n1PFChLlyb

The self-titled album is scheduled to drop this Friday (February 17) and, according to the iTunes pre-order details, will consist of 17 tracks.

So far the tracklist hasn’t been revealed, but the Freeband General released several loosies at the end of 2016.

Future also shared news of his upcoming Nobody Safe Tour. He’ll be hitting the road with Migos, Tory Lanez and Kodak Black, and will occasionally be joined by Young Thug and A$AP Ferg.

The Nobody Safe Tour is scheduled to kick off on May 4 in Memphis, Tennessee, and will go on to make stops in over 30 other cities.

A tour flyer and trailer for the Nobody Safe Tour is below.