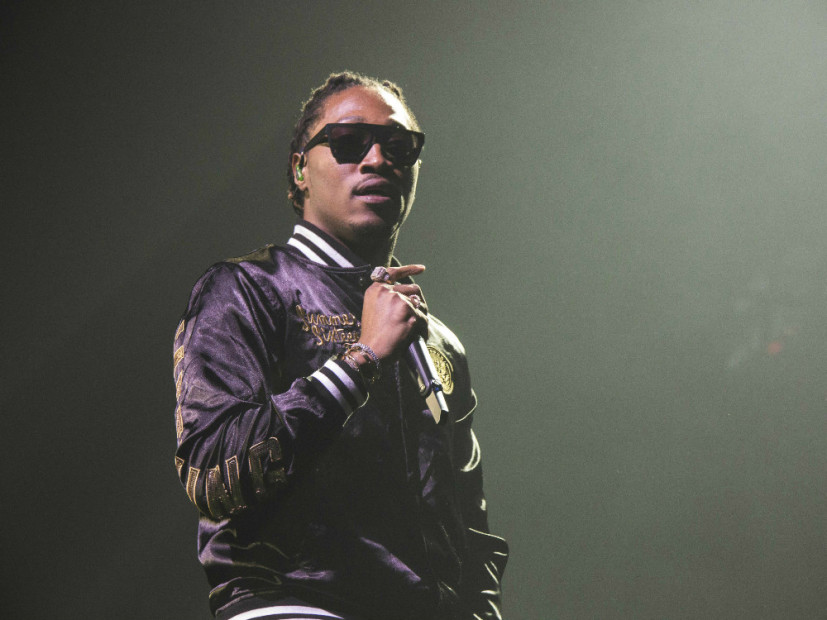 This week, Future surprisingly announced his next full-length album, FUTURE, would drop tomorrow (February 17) alongside a tour with Migos, Tory Lanez and Kodak Black.

In promotion for his fifth studio album, he sat down in a rare interview with Zane Lowe on Beats 1 Radio. During his time, Future Hendrix discussed how his legendary mixtape run gave the world everything from Monster and the DJ Esco-hosted 56 Nights to his Dirty Sprite 2 LP. According to the Atlanta trapper, it was a way to get over his high-profile relationship with ex- fiancée Ciara.

“At the time, I wanted to touch the people that I needed to touch,” Future said. “I wanted to touch on the people that felt like, ‘He might be over with,’ or, ‘Can he bounce back from his relationship?’ The relationship was pretty much the focal point of my career, at times, bigger than my career, at times. ‘Can he get bigger than his relationship was?’ To be able to get over that hump, now it’s Future Hendrix. I had to get over that hump. I didn’t want to give them Future Hendrix before they understand the trials and tribulations. Paying dues, that’s what it’s about.”

Future also talked about making the most out of his time with Drake for 2015’s platinum-selling What a Time to be Alive. The two toured together in promotion of their solo music and joint project.

“I never really talked about that moment, the whole thing,” he said of the recording process. “I never really speak on it because it was just a vibe. It was just a moment in time, for me to share it with another artist. When I talk about it, I want to make sure he here. I’m at the point in my life right now, musically, where I’m just focused on creatively coming out with something special on my own.”

For his upcoming feature-less FUTURE album, the project will be authentic Future through and through.

With his first full-length project since 2016’s EVOL, he wants FUTURE to also serve as a way back to his mixtape days before the plaques and arenas.

“I want to go back into being more underground,” he explains. “Reconnecting with the fans, being more hands-on with my fans again, tweeting to fans, responding to things they want to know about.”

Check out the full interview with Zane Lowe below.