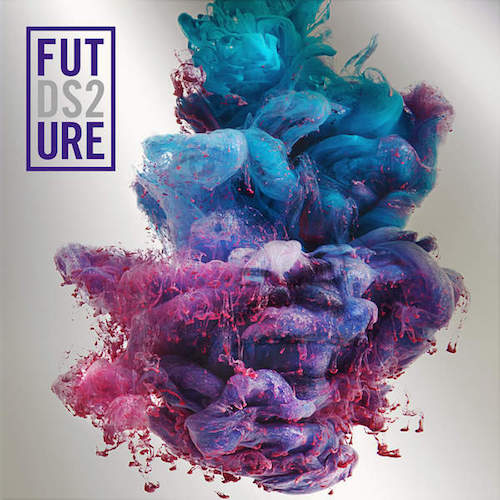 Much has been made of Future’s triumphant 2015 run, a streak sensationalized by many as a comeback story, but last year’s career obituaries were simply premature. Revisionist historians have written off his sophomore album, 2014’s Honest, as a flop, but there was never really any sizable drop off in quality or chart success; instead, there was merely a drastic change in perception, one that saw Future recast as the premier rap romantic, which came with weightier expectations. Following the success of rap ballads “Turn Off The Lights” and “Neva Eva,” contributions on Rihanna’s “Loveeeeeee Song” and Ciara’s “Body Party” (Remix), and a short-lived relationship with the latter, Future embraced becoming a rap balladeer. But when his celebrity romance soured, he responded petulantly and publicly—first on Mike Will Made It’s “Pussy Overrated,” then on his Monster mixtape, and the critical consensus quickly turned on him. Recently, he was able to restore his fading buzz with a strong pair of mixtapes—the Zaytoven-produced Beast Mode and the 808 Mafia-produced 56 Nights—and belated surges for Monster highlights “Fuck Up Some Commas” and “Codeine Crazy,” which restored fervor within the #FutureHive and led to a retroactive appreciation of that tape and Future’s overall work ethic.

It’s that series of events, plus the incarceration of Future’s DJ, Esco, in Dubai, that has led us to Dirty Sprite 2, Future’s third studio album, the (sort of) sequel to his standout 2011 mixtape. DS2 is the culmination of the most tumultuous year of his young career, leading to the resurrection of his reckless, often completely self-indulgent Future Hendrix persona, weaponizing his glazed croak for a lean-driven opus. The drug has always played an important role in his narrative, but more recently it’s served as the crux of his rebirth, paving the way for some of his most affecting and haunting writing. Future spent the early part of his career as a certifiable hit maker re-imagining trap through a grizzly auto-tune with melody driven cadences that articulated emotions through croaks and yawps. These days, he’s developing his pen game, trying out trickier technical schemes and verbally navigating his unrestrained id with a silver tongue.

On Dirty Sprite 2 Future continues to refine the druggy, codeine-varnished universe he created on 56 Nights, burrowing deep inside slurry productions with slashing flows, seemingly deepening the chasm in his tortured soul and numbing the pain with pharmaceuticals. Constantly conflicted, he lunges full thrust into a double cup. While both Dirty Sprites do share a syrupy inspiration, this is a sequel in name only; the one real connection between the two projects is Zaytoven, who shows up on each installment, but, since the tape, he has evolved into a full-on trap maestro—his newer Future productions, both on Beast Mode and DS2 (“Colossal”), have an inspired “church organ in an active bando” feel. The rest of the production is handled primarily by Metro Boomin and 808 Mafia co-founder Southside (who produced most of 56 Nights), and together they help forge the crucible wherein Future dually explores his hedonism and his sadness.

As the beats get darker, so does Future. On the gun wielding “Stick Talk,” he talks surviving street violence (“I can’t believe the blood ain’t on my shirt/ Because he got hit close-range”). The despondent “Blood On The Money” finds him washing the blood out of his stashed drug cash and struggling to cope (“That Easter Pink: I tried to give it up, I can’t give it up”). He barrels through “Groupies” with a hoarse growl before immediately changing gears on “Lil One” with a more methodical cadence that slips carefully into the pockets. “Freak Hoe” is some of the most technically sound rapping he’s ever done: “Pretty girls reppin’ ‘Pretty Gang’ fuckin’ wit the kiddo/ Type to fuck a hood nigga good, then tell em “ditto”/ Went from 5 on the indo, 30 rounds in the extendo/ Fuck a friend though, ain’t pretend though/ Nigga coming through sprayin’ at the window/ Get the memo, got a line, on Chyna White/ But I ain’t even got no info.” Dirty Sprite 2 doesn’t survey any new territory for the croaking crooner, but it magnifies the depth of his distress and channels it into an even richer multilayered sonic experience.

On bonus cut “Kno The Meaning,” Future raps, “Best thing I ever did was fall out of love.” It’s a depressing idea that has proven to be true: the implosion of his love life and the after effects of heartache seem to have directly inspired his creative renaissance. On DS2’s best track, the blaring and disorienting “I Serve The Base,” he echoes that sentiment saying, “A nigga was depressed now my mind back healthy;” his miracle cure and sonic steroid: dirty sprite. But just before that, self-aware as ever, Future makes a poignant realization about how this all came to pass: “They tried to make me a pop star and they made a monster.” In a weird twist of irony, Future’s regression from star-to-be to savage has made him bigger and better than he’s ever been.