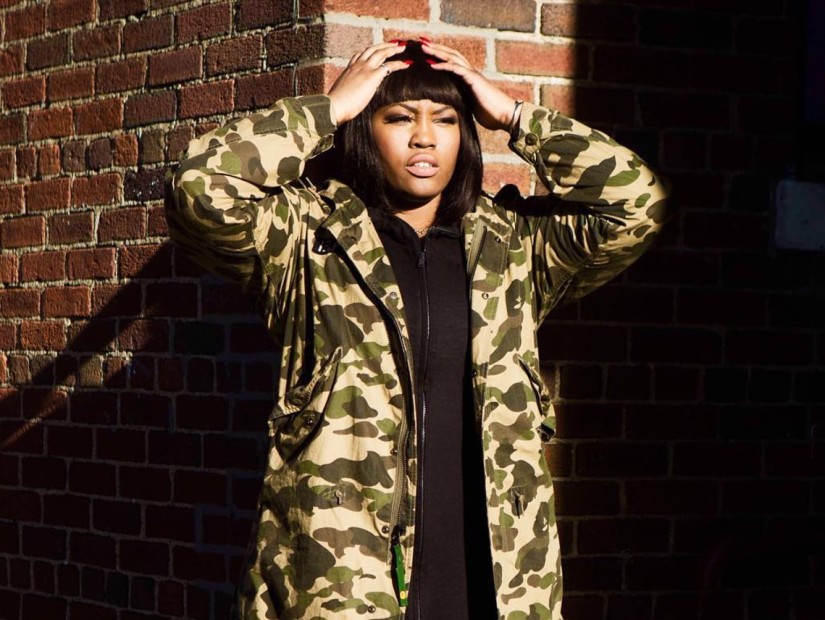 Rapper/Producer Crystal Caines Is Building Past The “Fuckery”

Los Angeles, CA – Like it or not, the millions of women marching nationwide following the inauguration of Donald Trump meant something. Crystal Caines spent the weekend watching photos from her friends who attended the event while she spent time in front of a studio set up grinding out potential hits.

That Friday, Caines released her banger of a single “Fuckery (Run with Me)” featuring A$AP Ferg, someone she’s worked with for years.

“I’ve been working on music since I was 16 and Ferg would come to the studio for my sessions because he was more focused on clothing at that point,” she said in an exclusive phone interview with HipHopDX. “Then he got the opportunity from Rocky and once he got that opportunity from Rocky, he reached out to me to help him with recording. Together we made ‘Work,’ ‘Shabba’ and majority of his first album Trap Lord.”

This includes the Bone Thugs-n-Harmony track “Lord,” which put the Harlemite in front of Bizzy Bone himself. According to Caines, the experience granted her a new realization about her talents.

“I learned that there aren’t many female producers out there that has the fire,” she explained. “I remember when I met Bizzy at the studio, he was the only one that I met. He was just so excited that I was a female and the beat was so hard. Through that experience, as producers, I learned that we create the new. I incorporated their style with a little bit of mine.”

Caines is also ⅓ of production trio The Understudy who have gone on to produce tracks for Wale, B.O.B, T.I. and Maino among others. As a solo artist, she hopes “Fuckery” will serve as a taste of what’s to come when she drops her Vertigo EP. Whether spitting rhymes or creating beats, she plans on making a real impact in Hip Hop.

Between Caines, Wondagurl and Linafornia, looks like Hip Hop is becoming more accepting of women behind the boards.

Listen to “Fuckery (Run with Me)” below.