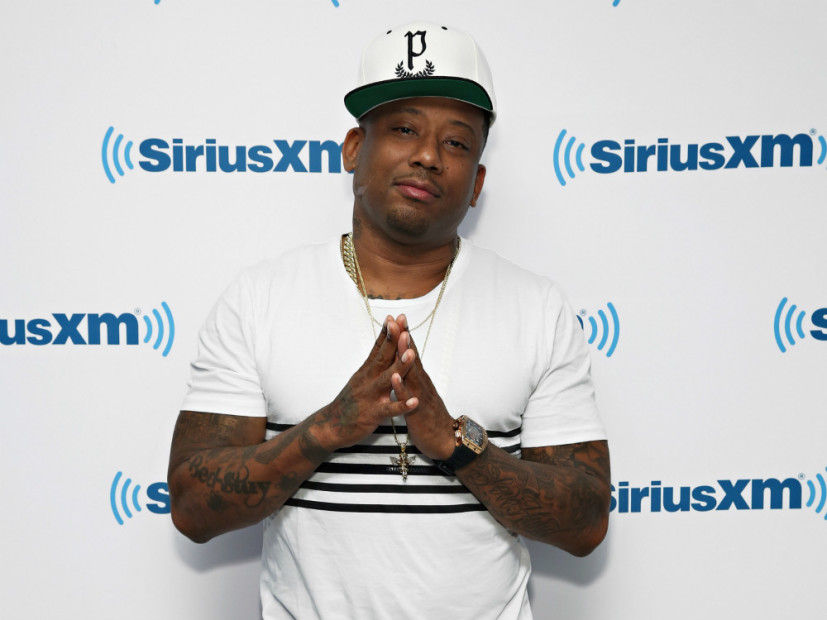 New York, NY – Although Maino had already taken to social media to say that he was not involved in a concert shooting with Troy Ave, the NYPD officially cleared him from their investigation today (June 2).

“We do not believe that he was involved in the dispute,” NYPD Chief of Detectives Robert Boyce said in a statement.

Maino took to Instagram to repost the news story.

“Now let’s get back to the music… HeardU,” he captioned in a screenshot of the article.

Troy Ave was arrested last week and charged with attempted murder after a surveillance video was released that shows the BSB rapper firing a gun in a green room area at Irving Plaza during a T.I. concert. Three people were injured, including Ave who reportedly shot himself in the leg. The rapper’s bodyguard, Ronald “Banga” McPhatter was killed after being shot in the chest.

Ave pled not guilty to the charges. His lawyers are saying that their client acted in self defense and did not shoot himself or his friend. They say that the surveillance video does not tell the whole story.

Earlier this week, law enforcement identified a gun found in the van that took Troy Ave to the hospital as the murder weapon. The New York Daily News report says that police have possession of three guns in total and that they have not ruled out the possibility of more than one shooter.

Maino was performing with Uncle Murda as the opening act for T.I. at the time of the shooting. Maino’s girlfriend, model Maggie Carrie Heckstall, was hit and is reportedly planning to sue various parties involved including Live Nation who owns Irving Plaza.

After the shooting, Maino denounced rumors that said a confrontation between him and Troy Ave caused the shooting.

“Won’t let them undo what we’re building!” he said. “No ‘ongoing beefs’ or ‘entourage issues.’ It always has been and always will be good relations between myself AND MY TEAM and @TroyAve @Hovain@YoungLitoBsB and the BSB crew.”

“And stop letting the media tell y’all a story of fantasy we never had no problems with @mainohustlehard,” he says on Instagram, “stop making shit up and people stop being so quicc to believe anything. We been threw a lot since we came threw and got threw it and that’s what we gone do to this. Thank you for all the calls texts and prayers and if you counting us out fuck you succ my dicc. #ripbanger #riptroyave”

Now let's get back to the music… HeardU