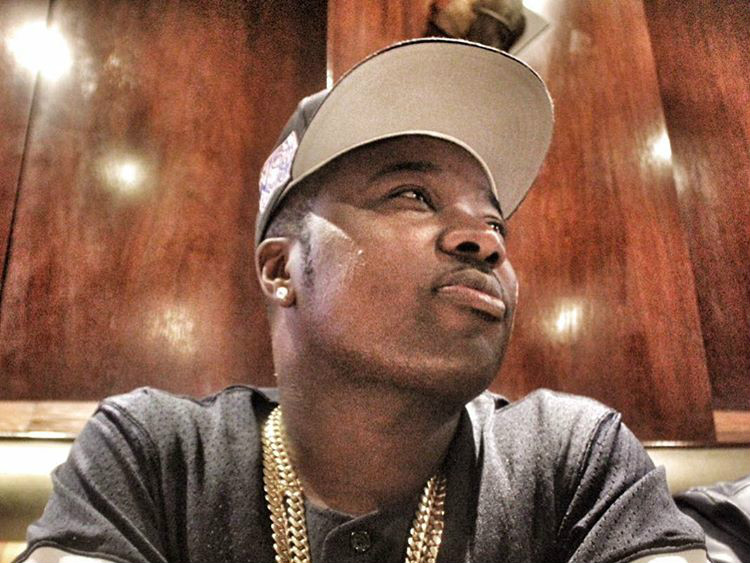 New York City, NY – Troy Ave has been charged with attempted murder and criminal possession of a weapon. This news comes via the NYPD’s Twitter account.

The Major Without a Deal rapper was arrested earlier today (May 26) after reportedly shooting himself in the leg at a T.I. concert yesterday (May 25) at Irving Plaza. He was initially charged with reckless endangerment.

Troy Ave’s alleged bodyguard, Banga, was killed in the shooting. Two others were injured and taken to Bellevue Hospital.

Troy Ave was arrested today (May 26) at the hospital after being shot in the leg at a T.I. concert at New York’s Irving Plaza yesterday (May 25), the NYDailyNews has learned.

The BSB rapper reportedly shot himself after opening fire backstage at the show. A video released by the New York Police Department allegedly shows Ave pulling out a gun after he got in a confrontation with Maino. He is facing charges of reckless endangerment and illegal weapons possession.

The 33-year-old rapper, born Roland Collins, was driven to NYU Langone Medical Center where he was treated for his injuries and then taken into police custody.

Ave’s bodyguard, Banga, was killed in the incident. A 34-year-old male and 24-year-old woman were also shot in the chest and leg, respectively and
were transported to nearby Bellevue Hospital to be treated for their injuries.

Police are still analyzing ballastic evidence to determine if Ave was the one who killed Banga, where he will face a likely murder charge.

Young Lito, a rapper also in Ave’s BSB took to Twitter to call out the reports, writing “Daily News is dickheads that’s bullshit..

“He actually cared a lot about Troy Ave. My wish is that Troy Ave cared as much about my son as he cared about him. I say that because I watched how my son would always bend over backwards to help him,” she told the NYDailyNews. “If he (Troy Ave) cared about my son as much as he alleged he does, I would’ve received a call from him. He didn’t call me. He didn’t call any of my other sons.”

Police say around 950 people fled the building in a state of panic.

The video of the alleged incident can be seen below.