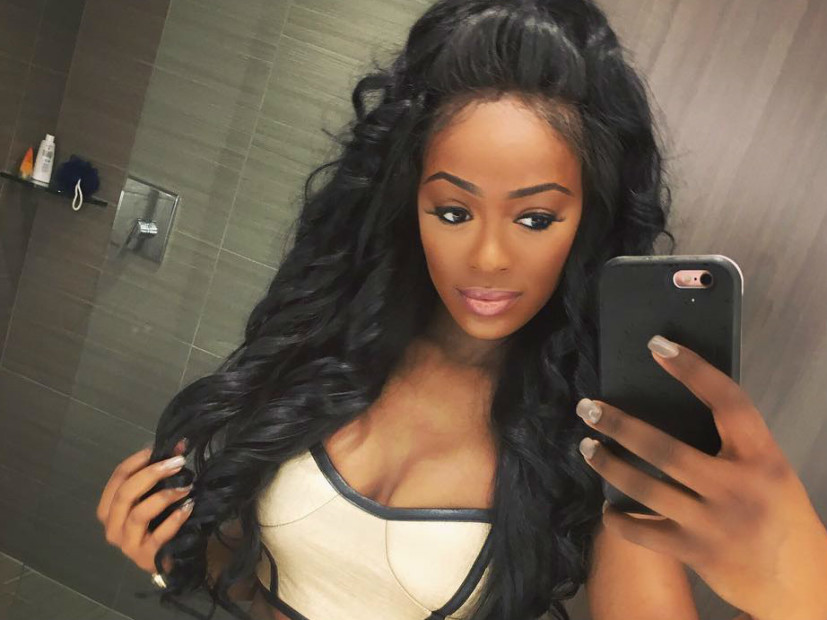 Maino's Girlfriend To File Lawsuit After Being Wounded In Concert Shooting

New York, NY – Among those shot at T.I.’s Irving Plaza concert Wednesday (May 25) was Maino’s girlfriend, model Maggie Carrie Heckstall, who was hit in the leg. Three others also took bullets in the shooting, including Troy Ave who reportedly shot himself in the leg, and BSB affiliate Ronald “Banga” McPhatter, who died of his wounds.

Heckstall is now reportedly planning to sue those involved in the shooting. Among those she has filed a complaint against is the NYPD for how they treated her in the aftermath of the shooting. She says that she has been questioned nonstop by law enforcement and is being treated more like a criminal than an innocent victim. Her lawyer, Emel McDowell, explains their case to the New York Post.

“[Police] want to investigate and we get that, but don’t make her life miserable because she took a stray bullet,” he says.

“We understand the NYPD is doing their job, but she’s not under investigation,” the attorney continues. “She’s not in custody for the crime. She didn’t ask for police protection. She’s obviously a victim in this. They’re making her life worse by doing this.”

Police reportedly have not allowed the model’s family to visit her while she recovers from her wounds at a local hospital. They have had officers watch the door to her hospital room. The Blanch Law Firm, the group McDowell is a member of, sent a cease-and-desist letter to the NYPD demanding that they remove their presence from her room.

“The infringement upon Ms. Heckstall’s 4th Amendment right to be free from illegal search and seizure is emotionally draining for Ms. Heckstall and also an impediment to her speedy and full recovery,” the letter says.

McDowell says that his client did not see who shot her, but that she only heard gunshots and then realized she had been struck by a stray bullet.

“He came into the area they were in, the green room where everyone was sitting. She just heard the shots,” the lawyer says, recounting her story. “It was initially three, four shots, then another shot, then four more — pop, pop, pop. She felt the burning sensation, then started screaming and hit the ground.”

Heckstall took to Instagram over the weekend to reiterate her story.

“I DO NOT KNOW WHO SHOT ME,” she says. “I have not given a signed statement to NYPD or detectives.. Nor have my lawyers! The situation happen so fast that I didn’t look to see what was going on. I was just trying to get out of the room with my leg dangling. I didn’t even hear nothing about Troy Ave until the next day. As for the NYPD being at my door and denying my visits was very uncalled for. I don’t need protection. The bullet was a stray and my family coming to see doesn’t tamper with the detectives investigation.”

Surveillance video from the venue shows what appears to be Troy Ave firing a gun in the green room area. He was arrested at the hospital where he was receiving medical attention for his leg and is facing attempted murder charges. Initial reports suggested that the Major Without a Deal rapper opened fire after getting into a confrontation with Maino. The elder Brooklyn, New York rapper denounced these claims and said he wants nothing but unity in the borough’s rap scene.

I am out of surgery but still in the hospital. I have not spoken to any reporters yet. I am just focusing on recovery & trying to see my family