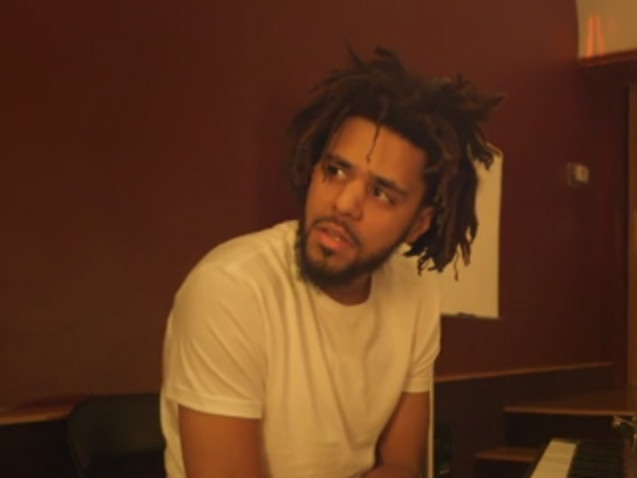 This week in Hip Hop, J. Cole’s highly-anticipated album 4 Your Eyez Only was released to much fanfare. Also, 21 Savage continues to taunt Tyga and lust over his girl Kylie Jenner and Ab-Soul’s follow-up album to These Days…, Do What Thou Wilt. finally drops.

J. Cole Blesses Fans With  “4 Your Eyez Only”

After going double platinum with no features with 2014 Forest Hills Drive, J. Cole returns with his 10-track project, 4 Your Eyez Only, sans any features.

The album was announced last week with a 40-minute documentary Eyez, which included the song “False Prophets” that took subliminal shots at what seemed to be Kanye West, Drake and/or Wale, rapped over Joey Bada$$’s 1999 “Waves” beat.

Wale responded to Cole’s verse with his own cut “Groundhog Day.” Later, the two were captured at a basketball game, suggesting that there’s no bad blood between the them and they were merely letting their emotions out on wax.

Stream 4 Your Eyez Only here.

This week, 21 Savage got a few ki’s in by swapping out his Instagram avatar to a picture of his #WCW Kylie Jenner. But that’s not it! The avatar of Kylie had 21’s signature knife tat photoshopped to her forehead.

Days before, it appeared that 21 Savage threatened Tyga’s life after Kylie previewed a song the Cali rapper recorded dissing him on her Snapchat, even suggesting he sucked Drake’s dick for the Ferrari he was gifted by the OVO boss on his birthday.

21 Savage says that doing all of that “ain’t dat serious” and said that the videos were old and not directed towards T-Raww.

Ab-Soul’s fourth album Do What Thou Wilt. dropped on Friday (December 9) and the opening track held nothing back as shots were fired at Jay Electronica. Jay has more than once came for Kendrick Lamar after the “For Free” rapper released his verse on “Control” (which also featured Jay), thereby ruffling a few feathers. He eventually apologized, but that clearly means nothing to Ab.

“I was like a swami of Jay Electronica until he Figured Dizzle wouldn’t admit that he would,” Soulo rapped on the opening cut “Raw (Backwards)”

Nevertheless, after a plethora of complaints from TDE fans (and at times Ab-Soul himself), they celebrated that they finally can listen to some fresh Ab-Soul music.

That new @abdashsoul is absolutely flames. Album of the year hands down! Haven't heard that kind of rap in so long! ??

Stream Ab-Soul’s album Do What Thou Wilt. here.

Rap Snacks CEO James “Fly” Lindsay revealed to DX that Migos “Dab of Ranch” jingle will be released as a commercial single. The CEO also explained the difficult process of getting into the snack business.

“I told them that this is a $45 billion yearly market and African Americans own less than one percent of businesses,” Lindsay explained to Ural Garrett of getting Migos on board with the new marketing campaign. “We eat snacks every day and they love your brand. The product is better than anything else on the market. Everything I’ve done has always been about being different. That’s how we came up with Sour Cream and a Dab of Ranch. We just say it like that because that’s what it is.”

Trip Lee released The Waiting Room on Friday (December 9), and spoke to DX about creating the project. He addresses the want to become the best artist he can be, health and hoping for an end to police brutality.

“It is something that weighs on me heavily because it hits close to home because I’m a young black man and young black men are often perceived as a threat whether or not they actually are,” he tells DX’s Victoria Hernandez. “And it does seem like often it’s easier for folks to undervalue black life and I, just every black man that I know has had strange encounters with law enforcement. Some worse than others, including me, I’ve had plenty myself. For me to keep seeing these videos of unarmed men being killed is really tough.”