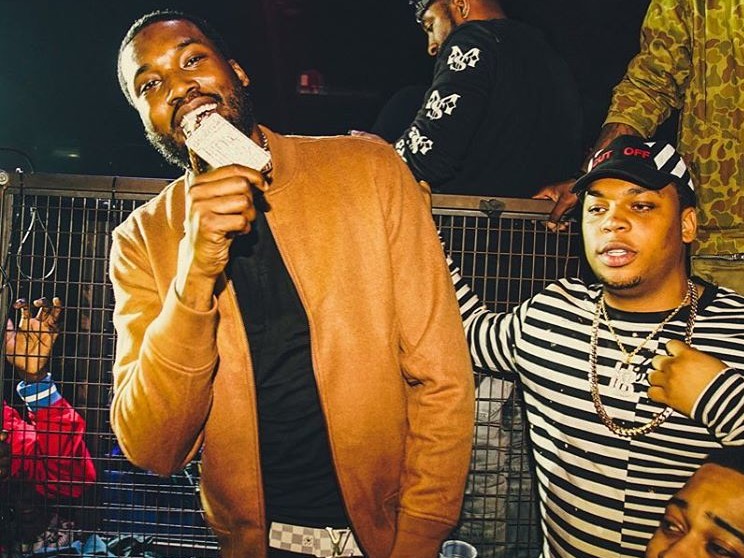 This week in Hip Hop, Meek Mill dropped Dreamchasers 4, a 14-track project that has been highly anticipated despite all of his rap drama. Elsewhere, it’s being said that Jay Z can’t stand “nut job” Kanye West. And finally, Scottie Pippen is divorcing his wife and Future is supposedly part to blame.

Meek Mill dropped Dreamchasers 4 this week. Tory Lanez, Pusha T and French Montana are among the featured artists on the 14-track project that set the internet ablaze.

He even has a cut with his girlfriend, Nicki Minaj called “Froze.”

Jay Z misses the old Kanye West, and so we. It’s being alleged that Jay wants nothing to do with Kanye, labeling him a “nut job.”

A music insider said, “Jay can’t stand him. He looks at him as this crazy, eccentric motherfucker he can tolerate in small doses. Kanye is a nut job. Everyone knows that.”

‘Ye went on a rant during his Seattle tour stop and complained about his and Jay’s relationship, saying there will never be a Watch The Throne 2, especially after Hov only called Kanye after Kim Kardashian’s Paris robbery. His “friend” expected more.

After 19 years of marriage, Scottie Pippen will be divorcing his wife Larsa Pippen and the reason supposedly involves Future. It gives a whole new meaning to his “Low Life” lyric, “That’s your wifey, wifey, wife? I think I like her, like her.”

Reports say Larsa, 42, has been a VIP passenger on Future’s private jet over the past couple of months and was spotted at Miami’s Komodo nightclub with the Freebandz Gang boss in a less than ideal situation for a married person.

The obvious reaction from the internet was to naturally let the memes fly, complete with Gucci flip flops.

In an exclusive interview with HipHopDX, Chuck D explains why he made the assertion that LL Cool J should be nominated for Rock and Roll Hall of Fame over Tupac.

“There’s no way you’re going to have LL, who has done everything over the past 30 years, just not be in there,” the Public Enemy member says. “My man ‘Pac, tragically, is only five years of recordings and contribution. I know somebody will come along and say, ‘Well ‘Pac has a lot more meaning.’ Yeah, a lot more meaning to you, but you can’t even quantify his meaning. I think there’s a lot of emotional things there because he was tragically taken down and ‘Pac was 100 percent emotional. This does not mean LL Cool J has done nothing.”

Brandon Tory also explains to DX how his co-sign from Timbaland helped to propel his career.

“Timbaland is the big homie and pretty much put me on,” said Tory in an exclusive interview. “When I put out the Shine project, he shouted that on his Instagram which led to a lot of looks.  I got a bunch of interviews and he’s been helping me with the sound and giving me guidance on what I should do. It’s really just support.”