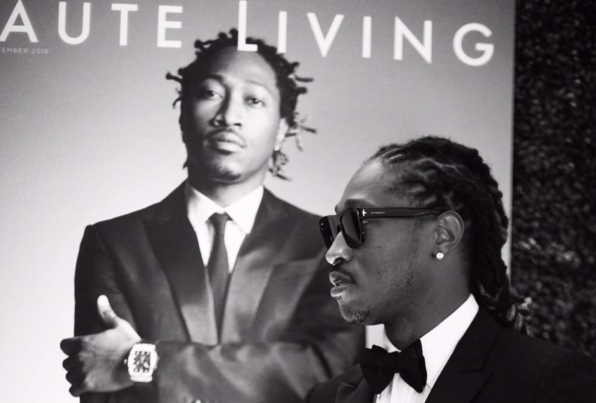 Scottie Pippen Divorcing His Wife Of 19 Years Over Future?

Ft. Lauderdale, FL – Ballers and rappers mix and align in various qualities but in the case of NBA legend Scottie Pippen, he may want to avoid the Hip Hop scene for a bit as it’s being written as fact that his soon-to-be-ex-wife, Larsa (née Younan) got a little too close to the Future Hive and she fully realized what a time it was to be alive.

TMZ claims that over the past couple of months, Larsa, 42, had been a VIP passenger on Future’s private jet (including impromptu trips to Vegas among other cities) and was spotted at Miami’s Komodo nightclub with the superstar rapper in a scenario that wasn’t ideal for a married woman.

The former Real Housewives of Miami star reportedly met the popularizer of Dirty Sprite back in August at the Haute Living Color Reveal Party in Miami and they have been on the move ever since. Her suspicious relationship with Future is being chalked up as being revenge after the Chicago Bull allegedly flirted with an unnamed actress in her presence, thus triggering that “hell hath” gene in her DNA.

While the presumption of a rapper breaking up a happy home is ripe for tabloid fodder and grounds for marriage dissolution, the Pippens apparently had a litany of issues well before this particular story broke. Scottie officially filed for divorce on October 18 but TMZ recently discovered that Ft. Lauderdale police were summoned to the couple’s home on October 2 and again on October 4. During the first disturbance, Larsa was reportedly found waiting in her car in front of the home and described a “heated verbal argument” to the responding officers. On the second incident, no exact details were made available but like the initial altercation, no arrests were made.

The 51-year-old Pippen, who won six championships alongside Michael Jordan in the 90s, maintained he did not lay a finger on his wife.

The couple were married in 1997 and have four children together. Scottie also has three other children from previous relationships.