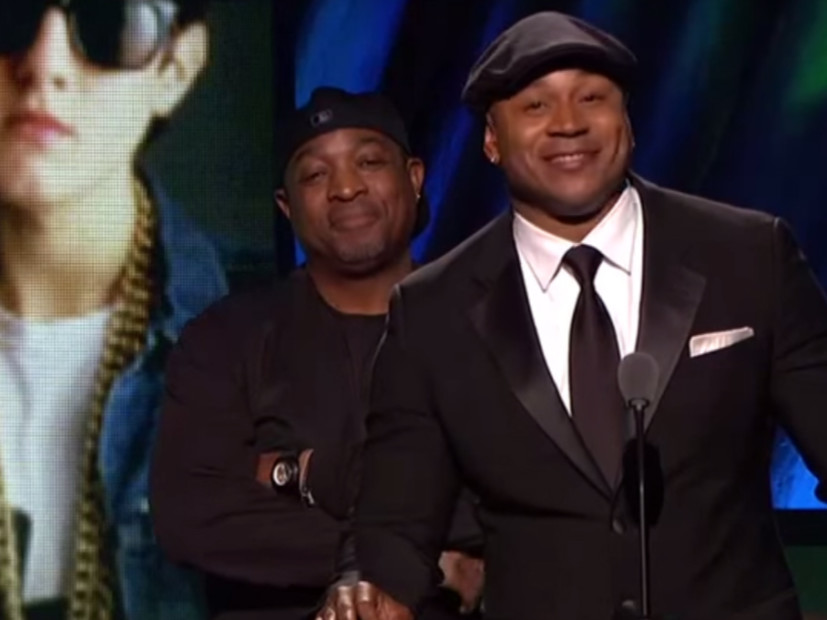 When Chuck D speaks, people tend to listen. The Public Enemy frontman has built a career revolving around saying things most people are afraid to say and often speaks out on a variety of hot-button issues, especially on Twitter. After it was announced earlier this month that Tupac Shakur received a nomination for the Rock and Roll Hall of Fame Class of 2017, Chuck took to social media to assert LL Cool J should have been nominated before ‘Pac.

Naturally, this caused an uproar throughout the Hip Hop community, but his stance remains steadfast. Since then, the Rock Hall inductee has defended his original comments.

“Tenure is important,” Chuck D explains in an exclusive interview with HipHopDX. “Like in basketball, Kareem Abdul-Jabbar means a lot more because there’s consistency of being great over a long period of time. I don’t rap my emotions when you start talking about tenure. It’s not emotion—it’s fact.”

.@GHuff330 I knew PAC from a teen. Champion him all the time. I aint emotional about this. I FIGHT for order , & its simply out of order

The facts do speak for themselves. LL Cool J got his start in 1984, when he began shipping out demos to Rick Rubin and Russell Simmons, who had just established their Def Jam imprint in Rubin’s New York University dorm room. Tupac’s first album, 2Pacalypse Now, emerged seven years later in 1991. Despite Chuck’s admiration for the West Coast legend, he believes there’s a natural sequence that must be respected.

In the 1980s, Chuckie D (his moniker back then) was in his 20s, so he never had the perspective on Hip Hop like, as he says, “some emotional child.” He came up in the ‘60s and ‘70s, when music like The Beatles and Jimi Hendrix ruled the airwaves. When Hip Hop emerged, it was a melting pot of every genre of music imaginable, he says something kids often don’t grasp.

I Did NOT grow up in RAP -60s70s music instead.So my critical analysis aint got childhood emotion attached .A wide perspective of WHAT I SAW

“A lot of Hip Hop journalists lack the facts on the music that came before it, which is a tragedy because the world didn’t start on Hip Hop and the DJs took the music from somewhere,” he states. “Somebody that says, ‘I grew up on Hip Hop and that’s all I know,’ well, that doesn’t legitimize you either. Who cares what they think? Kids don’t like vegetables. They like candy [laughs].”

A father to three children, Chuck isn’t persuaded by what a kid believes is right or wrong, which applies to his argument. Those opposing him on Twitter are most likely born in the ‘80s or ‘90s, which he says doesn’t necessarily disqualify their opinion, but makes them a little less credible in the sense that they weren’t old enough at the time to understand LL’s relevance.

.@llcoolj in comparison hit rRAP in 1984 like Liitle Richard or a weird but accurate way Elvis. There was no prior MC that melted all comers

“As a father, my opinion isn’t swayed by what a kid wants and thinks,” he says. “I’m just here for the facts and the delivery of the facts. I’m not saying there shouldn’t be Tupac. I’m pleased Tupac is eligible. It’s just an order.

“There’s no way you’re going to have LL, who has done everything over the past 30 years, just not be in there,” he continues. “My man ‘Pac, tragically, is only five years of recordings and contribution. I know somebody will come along and say, ‘Well ‘Pac has a lot more meaning.’ Yeah, a lot more meaning to you, but you can’t even quantify his meaning. I think there’s a lot of emotional things there because he was tragically taken down and ‘Pac was 100 percent emotional. This does not mean LL Cool J has done nothing.”

Chuck hit the road with LL in 2013 on The King of the Mic Tour, which featured Public Enemy, De La Soul, Z Trip, and Ice Cube. Night after night, LL demonstrated the kind of tenacity it takes to survive 30 years in the music business.

“LL closed it out with stamina, power, and speed,” he remembers. “He satisfied guys and girls alike, and delivered over 25 years of records. How you going to say that doesn’t mean anything? Believing you can make up your own history makes you no different than believing Columbus discovered America.”

To Chuck, there’s an easy solution to this. He says there should be a Hip Hop annex to the Rock Hall and a committee that gets together to specifically discuss who gets in, when and why. Just don’t expect him to back down on Twitter any time soon and if someone comes at him with some “old man shit,” they have to be ready for a verbal takedown. Chuck is no punk.

“I wait for people to come back throwing some old man shit at me so I can come back with ‘Uh huh, yup I am,'” he says. “What the fuck you think I am? I’m 56. I’m an old mother fucker and? I can be old. I can claim that. If you throw shit at me, you’re going to get shit thrown at you twice as much, so you better try to figure something out. Look, if I spit it out, I’ve gotta be able to take it. If you spit it out, you’ve gotta be able to take it. You just can’t walk away shaking your head, that old mother fucker [laughs].”

The RRHOF needs voters who understand the parallels of the genres. If Rod Stewart is in twice as a group member & solo. A Case for @llcoolj

The inductees for the 2017 Rock and Roll Hall of Fame will be announced in December.