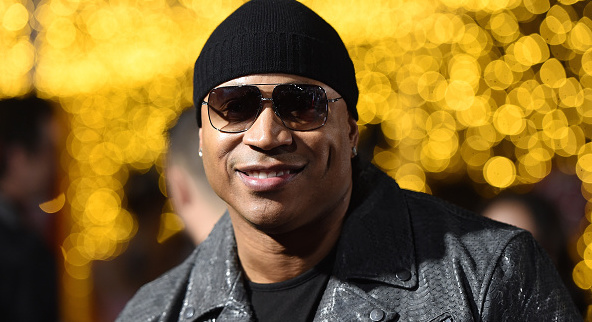 James Todd Smith a.k.a. LL Cool J has made a career of winning at being unpredictable.

In 1995, when he was enjoying one of his many career peaks, he successfully launched a career on television, which would go on to boost his status in Hollywood from cameo maker to leading star. And as of 2009, he has starred on CBS red-hot series NCIS: Los Angeles, which hasn’t exactly given him all the time in the world to continue to make music.

At the turn of last weekend however, that unpredictability reared its lovely head as the two-time Grammy winner and five-time Grammy host made a splash on Facebook when he stopped by Dr. Dre’s Beats 1 Pharmacy show and blessed the booth with his presence. Its 4.5 million views as of press time speak volumes for how much the people still love the man who ladies still love, especially when he’s delving into the aggressive compartment of his rapping repertoire.

HipHopDX caught up with LL as he was putting in work during yet another studio session to get the scoop on his recent Dr. Dre session, a reinvigorated verse he says only took fifteen minutes to write.

“Basically my man DJ Pooh had called me up and said Dre was trying to link, you know, just have me come by the [Beats 1] show and say what up, etcetera, etcetera,” LL tells HipHopDX during a phone call from the lab. “I just went to hang out and maybe talk and vibe and next thing you know, one thing led to another and we’re talking Hip Hop and Dre says “Maybe you do a drop or something,” and I’m like, ‘A drop? Fuck that!’ and then The Good Doctor went and got his laptop and the rest is history,” he recalled with a hearty laugh.

“I just love this culture and I love Hip Hop. It’s just engrained in my DNA,” he admits. “I’m addicted to it and there’s no way out for me. It doesn’t matter what I do or where I go or what money I make or celebrity—none of that. Nothing ever compares to being in that booth and being on that mic.”

Thirteen albums worth of relevancy is an unprecedented number in Hip Hop culture and while LL admits his last project in 2013’s Authentic wasn’t his best work (or best representation of the culture), he gets excited when asked about the itch to return to pure emceeing and let kids who maybe only know him from TV know his history.

“I got an itch so crazy right now, I need to find a hydrocortisone connect,” he continued, with his mind obviously still in punchline mode from the studio session. What I’m going to do is make something for [the fans].” “Like a special record that’s really going to be for Hip Hop. I get into experimental mode and I get in my creative scientist mode and I like to do different things. Every now and then, I like to do weird shit. I’m going to give them something special, you’ll see. And what it’s gonna do is, it’s going to change the game because a lot of people are getting away with 25-point games right now and they need someone to drop 50 on ’em. This shit is crazy to me!”

Few pundits will argue that the bar or standard in this day and age has been restructured to allow more variation in rap get a shot at mainstream acceptance but is Mr. Smith aiming to create a new renaissance for lyricists? He actually doesn’t feel that is necessary.

“It’s really just about putting music out,” he says of the notion of “reinventing the wheel,” a feat he’s actually accomplished in his career.

“I don’t have ‘bring back’ anything. I’m just going to do what I do,” he continued. “But I know the Hip Hop culture needs me because their is a void there and people think that just because somebody makes a song that has a female appeal they think that’s ‘LL Cool J’ and when you don’t have the real LL to compare it to, it’s easy to make those comparisons. So I realize that the game needs me. I’m clear [as to what] it needs from me. It doesn’t need me to come in and play games and experiment. It needs me to come in and kick their ass. So I’m gonna do that.”

Delaying the G.O.A.T. 2 was strictly LL’s doing but now he has the people’s ear, don’t be surprised if it arrives in the immediate future. He’s pretty good at this unpredictable thing.