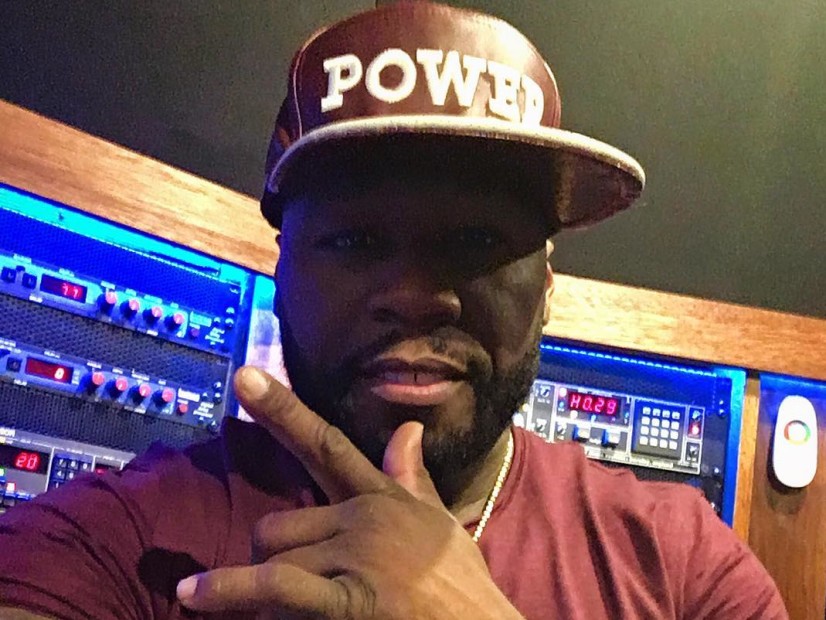 This week in Hip Hop, 50 Cent reacts to Starz showing his junk on Sunday (August 7) night’s episode of Power during a kitchen sex scene. Elsewhere, the faux Drake and Eminem squabble goes on. Lastly, Travis Scott continues to tease fans about a Birds In The Trap Sing McKnight release date.

50 Cent Fake Mad About Everybody Seeing His Piece On Power

50 Cent took to Instagram after an episode of Power aired with a special appearance from his “Magic Stick.” 50 claims his aunt called him “traumatized” over the scene.

“Man I just saw episode 4, of POWER Courtney I’m a kill you, this is not funny,” 50 wrote on Instagram directed towards show’s mastermind Courtney Kemp. “I think I just saw my (penis) in a scene. What the fuck Courtney call my phone NOW!!!”

Courtney didn’t blink an eye as she reminded him who was in charge in an Instagram post, noting that he signed a waiver like everyone else.

The GMO quarrel between Eminem and Drake remains just as much as a popular hot topic as it was last week. Ebro from Hot97 decided to joke around and ignite a rumor that Eminem would be coming for Drake and that Drake had some bars waiting for him if so. The Internet laughed.

The much-awaited release from Travis $cott, Birds In The Trap Sing McKnight, finally gets an August 26 release date after the Houston rapper jerked fans around about it a bit.

The release date was originally August 5, the supposedly moved to Friday (August 12), but that date was just a party to premiere his videos for “Pick Up the Phone” featuring Quavo and “90210.”

Where is Frank Ocean’s alleged album Boys Don’t Cry? Does it exist?

Well, it’s being speculated that November 13 is the date of release for his highly-anticipated project. Or dropping this weekend. Who knows.

“I already had the beats made obviously,” he says. “It’s not like I made them on the spot as they had already been done. It was just about picking the right track to do the damage on. Those tracks fit the theme of what was going on. All the diss tracks were all good money. They all got millions of millions of views and they got him the attention.”

Also, GAWVI shared his journey of being Pharell’s intern to becoming a rising EDM phenom and what it was like receiving positive feedback from listeners.

“I was a little bit shocked,” he says of the fan response. “‘Cause you know I do come from the Hip Hop background so I was a little bit nervous releasing a pop album that’s EDM, so I was like ‘People are going to hate me for doing this,’ but I really wanted to follow my heart because that’s what I just loved.”

Lastly, Netflix original series The Get Down producer Nelson George details his early experiences as a Hip Hop journalist with DX. Perusing his old articles from the ’80s, he shares what he imagined Hip Hop to be like in the future.

“I think an article from 1980 or 1981 that I did where I basically talked about the new generation,” he says. “I would say I saw it like I thought it would be like. The new generation, I liked it, and then it becomes older. Older people would like it. But we didn’t know, no one could know if Hip Hop could reinvent itself. And from what it was in 1980 and 1981, it’s unrecognizable in many ways now to what it is now.”