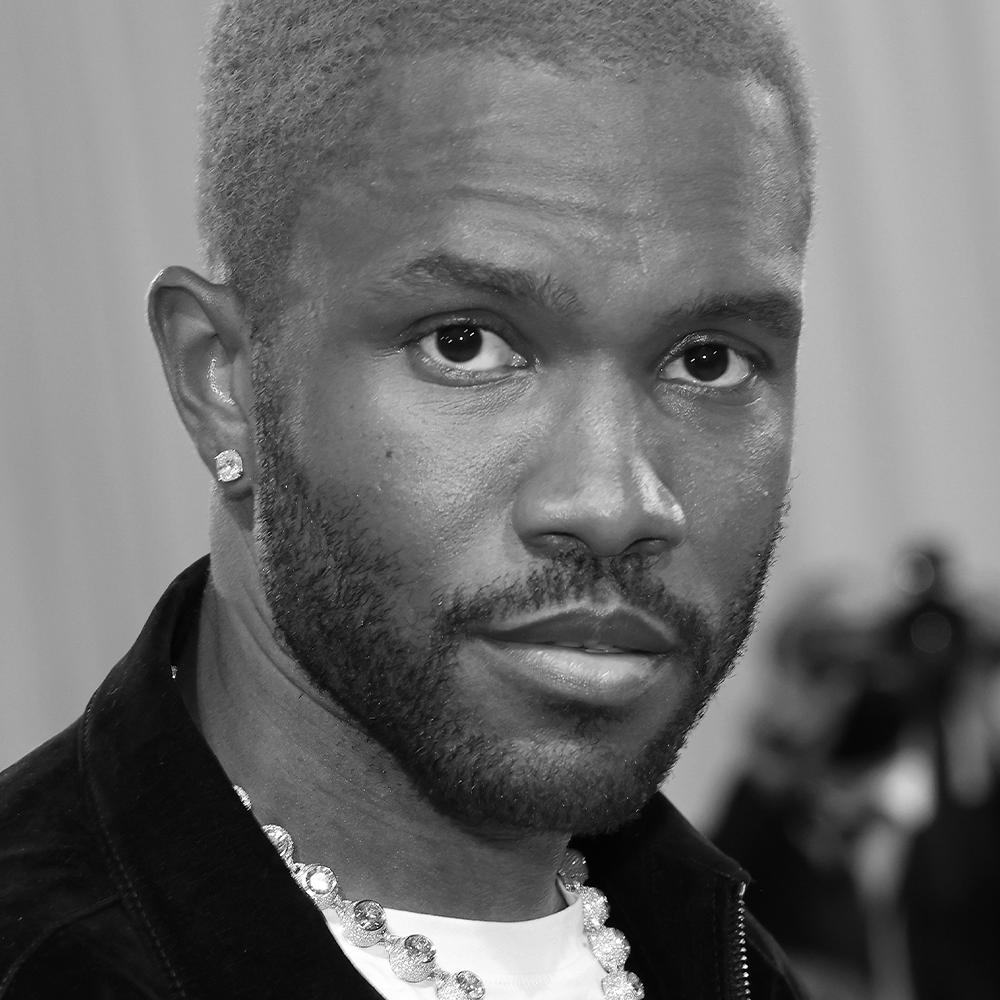 Frank Ocean is one of the most enigmatic and beloved singer/songwriters today. Born in Long Beach, California but raised in New Orleans, he was born Christopher Edwin Breaux. He first gained prominence as a songwriter for the likes of Beyoncé, Justin Bieber and Brandy before gaining solo success with his 2011 debut mixtape nostalgia, ULTRA. Around this time, he was part of Odd Future alongside Tyler, The Creator, Earl Sweatshirt and others. In 2012, Frank released his debut studio album Channel Orange, to rave reviews and multiple awards. After a four-year hiatus, he returned with the visual album Endless, which allowed him to depart Def Jam, before dropping Blonde by surprise a day later. Blonde debuted at No. 1 on the Billboard 200 while cementing Frank Ocean as a modern-day R&B virtuoso.

What college did Frank Ocean attend?

Who are Frank Ocean’s influences?

Frank Ocean has cited Prince, Stevie Wonder, Beyoncé, Marvin Gaye and The Beatles among his influences.

How many Grammys has Frank Ocean won?

Frank Ocean has won 2 Grammys. He won the award for Best Urban Contemporary for Channel Orange in 2013 while winning Best Rap/Sung Collaboration for "No Church In the Wild" with JAY-Z and Kanye West that same year.

What label is Frank Ocean signed to?

Frank Ocean is currently signed to his own label, Blonded. He famously departed Def Jam in 2016 after fulfilling his contract with the visual album Endless, before releasing Blonde independently just days later. In 2019, he signed a publishing deal with Warner Chappell Music.

What cars does Frank Ocean have in his collection?

A noted car enthusiast, Frank Ocean owns a Tesla Model X, a McLaren 675LT and a Porsche GT3, as well as several BMWs.

Who is Frank Ocean’s manager?