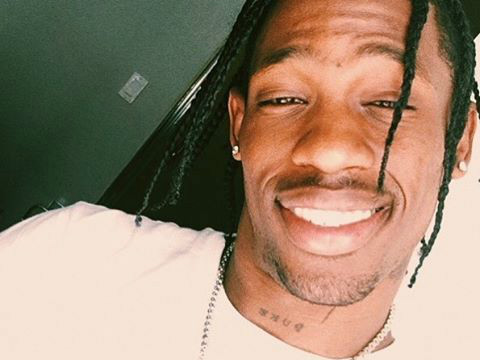 Travis Scott’s Birds In The Trap Sing McKnight is slated for an August 26 release date according to a series of posts the Houston rapper made on Twitter today (August 12).

There was speculation that the album would drop today (August 12) based on an Instagram post Scott made for the “THE START OF BIRD SZN.” There will be a party tonight in Los Angeles premiering the videos for “Pick Up the Phone” and “90210” but no album.

Scott hosted the first episode of his “.wav radio” today on Beats 1 with Seth Rogan. He said on the show that Kendrick Lamar and Kid Cudi will be on the follow-up to Rodeo. Cudi took to Twitter to express his own excitement for the LP.

Check it all out below.

I just got off a 15 hour flight.
Fuck i missed everything

I want y'all to take this album in as whole I'm so anti singles. U will love me for this. Trust in the flame

(This article was first published August 9, 2016 and is as follows.)

Frank Ocean wasn’t the only artist who left fans hanging without an album on Friday. Travis Scott also didn’t release his Birds In The Trap Sing McKnight, the follow-up to last year’s Rodeo LP.

The Houston rapper took to Instagram to explain that the new album did not drop due to “technical difficulties” and Birds In The Trap Sing McKnight is now set for an August 12 release.

Scott is to celebrate “Bird SZN” with fans on the project’s release date at a .WAV Party sponsored by Apple Music. The event is at an undisclosed location in Los Angeles. He promises premieres for “Pick Up the Phone” (presumably the visual for the song with Young Thug and Quavo) and “90210.”

Another project called ASTROWORLD is also reportedly in the works.

Check out the flier for the Birds In the Trap Sing McKnight release date below:

AUGUST 5TH WE WAS SUPPOSE TO SET THIS OFF. BUT DO TO "TECHNICAL DIFFICULTIES" WE HAD TO MOVE IT TO THE 12th. THAT BEING SAID KIDS WE EAT FRIDAY. JOIN ME AND CHASE B FOR A FREE EXPERIENCE SOMWHERE IN LA FOR THE START OF BIRD SZN. TUNE IN ON THE 12th. AND U SHALL BE GUIDED ????