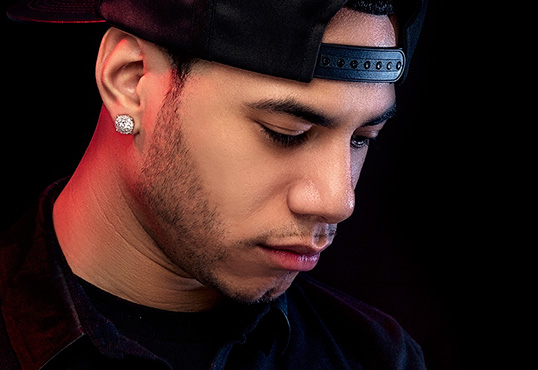 Coming a long way from his days making beats for Dipset, AraabMuzik has transitioned into a producer who exists in two different worlds.

He’s established himself as a Hip Hop producer without ever having been attached to a large crossover single, but having names like 50 Cent, Slaughterhouse, A$AP Mob, Fabolous, and Troy Ave on his resume has helped a lot. Meanwhile, working alongside Diplo and Skrillex has given AraabMuzik some serious credibility within the EDM world. It helps that his live shows, featuring superhuman MPC mastery, are the best examples of why both genres hold a special place in mainstream music.

This year has been a turning point for sir Abraham Orellana. First, following several years of mixtapes and EPs, he finally dropped his debut album Dream World in July. The project sounds like AraabMuzik’s ultimate creative expression after years of grinding. Second, it’s no doubt that the biggest Hip Hop saga of 2016 is the beef between Joe Budden and Drake. For Budden’s consecutive diss records “Making Of A Murderer (Part 1)” and “Wake,” he used AraabMuzik’s production, and the two are planning a full project together called Rage & The Machine.

HipHopDX: I’ve seen a few of your sets live and they’ve been incredible.

AraabMuzik: It comes from the Hip Hop world pretty much. When I get on stage, it’s nothing that I do beforehand pretty much. I just do what I do and I put all my energy and go off the crowd. It’s based on crowd control and everything.

DX: A few weeks back, I was at Hard Summer Festival, which was split between Hip Hop and EDM. Why do these two genres of music go so well together?

AraabMuzik: EDM basically came from Hip Hop. They have the same BPMs, style of drum patterns and everything like that. You could say that it’s a mash of both. It’s basically Hip Hop beats with electronic stuff layered over it. They both kind of go hand in hand. You can blend an EDM song with a Hip Hop track like nothing. That’s where a lot of Hip Hop artists are merging to now. People are into pop and dancehall type stuff now. EDM is going to be EDM and music changes all the time. It’s seasonal when it comes to this music type stuff. I got in at the perfect time when all that was happening. With me, it was something I was able to do with no problems.

AraabMuzik: At one time, it wasn’t about words. It was all about the music. My music was expressing my talents and what I can do with remixing original songs and stuff like that. It’s all an art; taking something and manipulating it or making it your own. It’s about putting your own thing into it and that’s what Dream World was about. I wanted to use cool vocal samples and just chop it up and put some hard drums over them. I put together a nice little style and I just kept it going. It became something that people wanted to keep listening to. Music is a universal language that everyone can understand and that’s how I communicate.

DX: Coming from the Hip Hop world, where was the turning point in blending that with EDM?

AraabMuzik: I was always comfortable with it. I had already been working on that type of music, but just decided to actually put a body of work out with no promotion or anything. It was just to see the reaction and result. That was around 2007 – 2008 when I was working on that type of music. I just decided to put out that music around 2011 – 2012. At that point, Dubstep was really in. Then, EDM and Trap came a couple of years after. All of that coincided with each other. At first, I was experimenting with techno and dance music. I created so much of that music that I decided to make eventually make my first album Electronic Dream. It became such a big thing. I was like number five on the iTunes dance chart for a while and I also toured off of it. That project has opened up a couple of opportunities as well.

DX: My favorite production from you rap-wise will always be Cam’ron’s “Get It In Ohio” from Crime Pays and Azealia Banks’ “Ice Princess” which is a really good showcase of your ability to switch between Hip Hop and EDM. What would you say is your most underrated beat?

AraabMuzik: Most underrated? I don’t even know. I have a lot of records that are underrated. Obviously, I’m waiting on that one that’s really going to blow so everyone can recognize my work. It’s all about that one artist that’s going to embrace you. That’s why I feel the Rage & The Machine project is going to show how I do. It’s hard to put into words. I’m that artist who is so nasty, but not getting the recognition. It’s basically all about timing. I’m not worried about it and I have a lot of music out there that’s timeless and classic. From the Diplomats records to Cam’ron, I’m here. I’m just working and grinding.

I’d name “Get It In Ohio” as a favorite, but it’s so old, I didn’t want to go that route. [Laughter]. “Ice Princess” was also one of those EDM joint switches that I did. That one stood out for her to get on. The video was cool too in how it fit the theme. It was straight.

DX: Glad you brought up the Rage & The Machine project. While you’re making noise on the EDM side, this year you’ve managed to pop into the Hip Hop conversation through your working relationship with Joe Budden.

AraabMuzik: Rage & The Machine is still in the works and we have a lot of music done. We’ve been putting out a lot of snippets through social media and whatnot. It was something that happened and I guess it was being planned for a while. The name came after, but working together as a project/album, it happened a couple of months ago. Budden gave me a call and gave me a bunch of ideas that he had. He wanted to make all of that happen. We locked in and recorded a bunch of songs and named it Rage & The Machine. We came up with the concept of him being rage and me obviously being the machine. I don’t know. It just happened spontaneously.

So, we’re looking to release the project later on this year; sometime in the Fall or Christmas. That’s where we’re aiming. You know, we dropped the “Flex” track featuring Fabolous and Tory Lanez. We just shot the video a few weeks ago and it should be out sometime next week. We have some more stuff coming out. On my end, I have a bunch of projects in the works, but right now Rage & The Machine is the priority.

DX: Can you explain the process of working with someone like Budden?

AraabMuzik: I present him a body of work, he goes for what he likes and writes to it. He goes to the studio and knocks it down. It’s knocking out off work. My job is just to create hot beats and his job is to body them. We’re just bringing back that sound that’s been missing. Currently, a lot of it sounds the same. We’re bringing the East Coast sound back. Who better else to do it? That’s just the goal. Good music is good music, but this is something that’s been missing for a while.

DX: How many tracks did you and Budden record?

DX: Did you expect Joe Budden to use your beats for “Making Of A Murder (Part 1)” and “Wake” to attack Drake?

AraabMuzik: All of that just happened right there. I already had the beats made obviously. It’s not like I made them on the spot as they had already been done. It was just about picking the right track to do the damage on. Those tracks fit the theme of what was going on. All the diss tracks were all good money. They all got millions of millions of views and they got him the attention.

We got people looking, we got people wondering, people expecting more and people expecting the album. This is basically everything happening like the right way. Before that, we were just putting things out strategically, but when that whole thing happened, it shifted things. However, it worked for the better as Drake is obviously the biggest artist in the world right now. Why not go that route?

DX: Do you feel like this beef is good for Hip Hop?