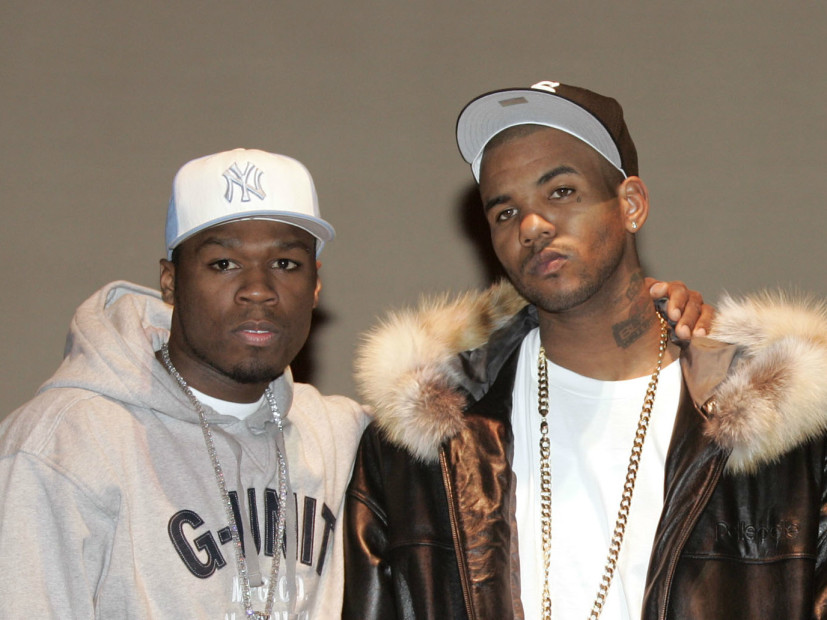 Los Angeles, CA – One of the most storied beefs in modern Hip Hop is potentially over. The Game took the stage at the Ace Of Diamonds strip club in Los Angeles at a 50 Cent-hosted event yesterday (August 1) to announce that he has no more problems with the G-Unit boss.

TMZ posted footage of the two rap giants in the same building, seeming to calmly exchange some words while out of the camera’s earshot.

No official response from 50, either at the venue or on his favorite platform, Instagram. So it’s unsure if the beef is mutually squashed.

The Compton, California rapper and the G-Unit boss also partied under the same roof in March without any confrontation, offering a beacon of hope for a truce between the two.

The beef reached its peak in 2005 when there was a shooting outside of New York radio station Hot 97 while 50 Cent was upstairs doing an interview. The Game’s friend caught a bullet from someone on 50’s team. The Game later revealed that he drew first in the confrontation.

50 Cent helped The Game craft his debut album, The Documentary, but the two parted ways after the tension rose between the younger MC and G-Unit. 50 expressed frustration that The Game wouldn’t take his side in his other beefs.

Earlier this year, The Game squashed his beef with G-Unit’s Lloyd Banks by taking a photo with him in Dubai. 50 criticized the post, referencing the 2009 murder of Lowell “Lodi Mack” Fletcher, a G-Unit affiliate, as reason to not make peace.

Last year, The Game said he was “sworn enemies” with 50 and said he would not work with him again.

The Game squashed issues with 50 Cent while in the club with him pic.twitter.com/wbLJE1cLPi