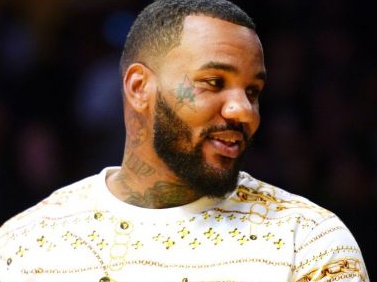 The Game Reveals Who Drew First In 50 Cent Feud

The Game says he was the one who drew first in feud with 50 Cent.

During an appearance on “Larry King Now,” Compton rapper The Game was asked about his ongoing feud with fellow artist, 50 Cent. When asked who the instigator was in the fallout between the two, Game revealed that he was the one who drew first.

The West Coast wordsmith, who recently posted a picture with G-Unit’s Lloyd Banks, was also asked what the current status of his relationship with Fifty is. The Game didn’t offer much of an update, but did reveal that he hasn’t seen the rapper in eight years.

“It’s–I haven’t seen him in about eight years,” The Game said. “There was a rift. We had a shootout in New York in front of a radio station. So, I think it was a little bit more than a rift. Egos, young, dumb, ignorant, who knows.”

Prior to speaking on 50 Cent, The Game was asked if there’s anything else for him to rap about content-wise, given that he’s been in music for close to a decade.

“When people ask me questions like that, the answer is simple,” he said. “I cannot fit 33 years of life in five discs, five CDs. So, of course. There’s always events changing in my life and things happening. So, there’s always a new something to rap about.”

The Game later offered some insight into his label situation. He revealed that he’s taken part in various meetings and conference calls, but has yet to narrow down his options.

Video of The Game speaking on his relationship with 50 Cent, can be found below.