The Game - The Documentary 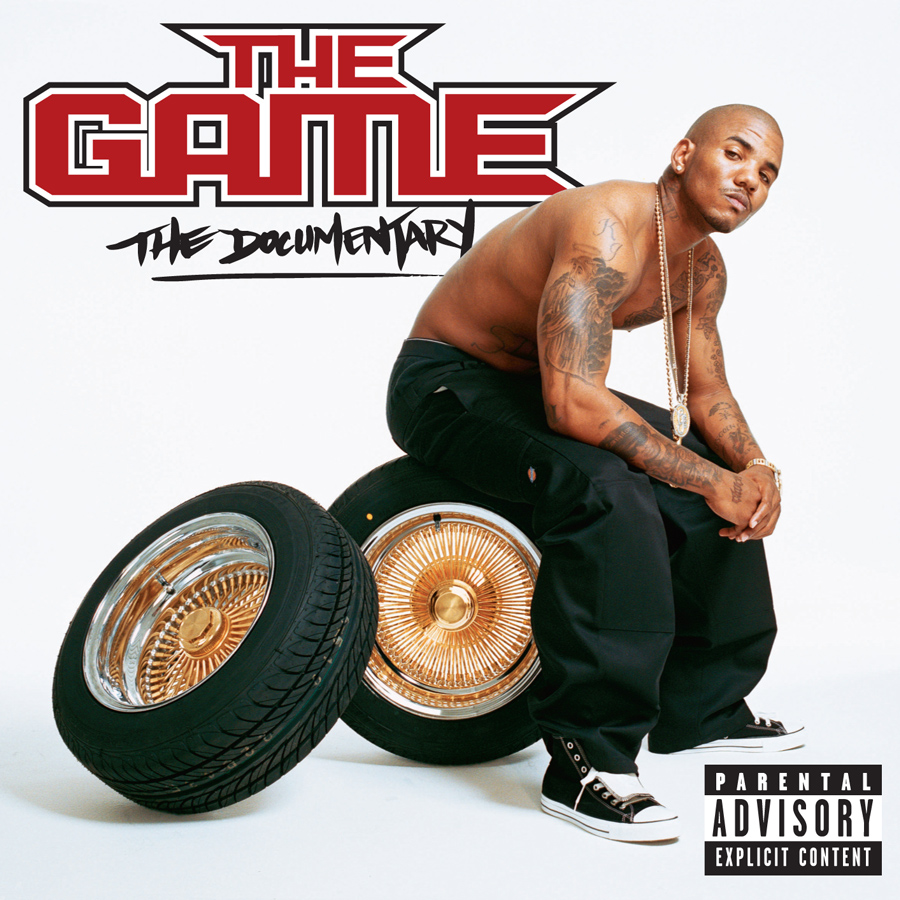 Using his midas touch production and massive influence, Dr. Dre has launched the careers of many artists. Yet from Snoop Dogg to Eminem and all those in between, the good doctor has never broken an artist from his hometown of Compton.

Enter The Game. The baller turned blood had barely been rhyming a year when Dre inked him to his Aftermath powerhouse. Before long he as the West coast representative of G-Unit and racking up an enemy list as long as 50’s. From Joe Budden, Memph Bleek to Yukmouth, Game has shown a willingness to say whatever he pleases about whomever he pleases. If there’s one thing Dre knows, it is how to take advantage of controversy.

One listen to The Documentary and some things become abundantly clear. One of those things is that this project really means something to Dre, cause he laced the beats. Such as the 2001 meets Straight Outta Compton single “How We Do” and “Higher,” which is like a heavier “Still D.R.E.” with its repetitious piano stabs. Dre and Scott Storch show their incredible chemistry yet again on the 50 Cent-assisted “Westside Story” and the darker “Start From Scratch.” Despite the R&B flavor with the guest appearance from Mary J. Blidge, the minimal “Don’t Worry” still hits hard. When Dre isn’t behind the boards, an A (++) list of producers fills in. Timbaland keeps his streak of ridiculous bangers alive with “Put You On The Game,” as does Just Blaze with both “Church For Thugs” and “No More Fun and Games.”

Kanye and Havoc deliver two of the more soulful selections with “Dreams” and “Don’t Need Your Love” respectively. Hi-Tek, who has been less than impressive in the last year or so, gets his best joint in years with the sinister “Runnin,'” though the song really could’ve done without Yayo’s insipid verse. He also gets a top notch beat from Eminem on the track “We Ain’t,” along with a show stealing verse. Even Game admits, “get Dre on the phone quick/tell’em Em just killed me on my own shit.” Yet it is DITC’s Buckwild that is behind the board for albums best song in “Like Father, Like Son”: a heartfelt track that displays Game’s blossoming talents better than any other. Even some of the lesser known names hold their own, like the standout “Hate It Or Love It” from Cool & Dre or the title track from Jeff Bhasker.

So yeah, the production here is really dope. In fact, it is the best gangsta rap LP since Dre’s own 2001 6 years ago. So how does The Game measure up with this fine production you ask? Good enough for the most part. A lot of his rhymes are your typical gangsta posturing, he has some clever lines here and there but for the most part it isn’t anything you haven’t heard 1000 times. When he decides to diversify a bit, he is much more engaging. It can be something simple like his numbers game on “No More Fun and Games,” his touching recount of his son’s birth on “Like Father, Like Son” or his drunken reminiscing about lost friends on “Start From Scratch.”

The Documentary is bound to generate some criticisms, and it should. He continues the awful tradition of when-thugs-love (a la “21 Questions,” “Karma”), with “Special.” The song is complete with an oh-so-poetic hook “I want you to know you’re special.” While not particularly bad, the beat on “Where I’m From” does not meet the high standards of the rest of the LP and could have easily been left off. And while it may seem like nitpicking, his constant name-dropping gets on the nerves after a few listens – it just needs to go. I swear he must say Dre’s name about 30 times on the album. I’m sure I won’t be the only one to say so, but it is hard not to wish a better emcee got blessed with these beats like, say, Ras Kass – especially when you consider the absolute lack of dues The Game has paid to this point. The guy hasn’t even been rhyming 2 years, and it isn’t like he that good to warrant the instant superstardom. Still, that doesn’t change how good this album is. Two weeks into the year and it is easily the best album of 05 – and I wouldn’t be all that surprised if it is still being called that 11 months from now. A lot of people are going to be playing The Game.