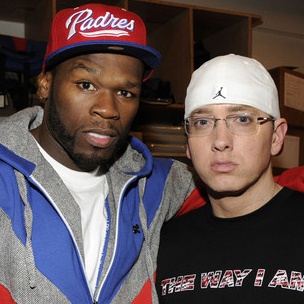 “See You Again,” arguably one of the biggest songs of 2015, was turned down by Eminem and 50 Cent.

During an interview on Boomer & Carton’s radio show from September, 50 Cent revealed that he and Eminem were offered “See You Again,” which went on to feature Wiz Khalifa and Charlie Puth, but had to turn down the Furious 7 record because of Eminem’s involvement with the Southpaw soundtrack.

“At the time we [Eminem and I] had to make a decision between doing that and the song for Fast & Furious. And that record [‘See You Again’] was a huge success for Wiz Khalifa and them. He decided to do Southpaw because he was invested in the project,” 50 Cent said.

In the time since its release, Wiz Khalifa and Charlie Puth’s record has obtained a number of accolades. Most recently, “See You Again” was nominated for a Grammy for Song Of The Year.

Additionally, the music video for “See You Again” serves as the first rap song to reach over one billion views on YouTube.

Eminem served as executive producer of the Southpaw soundtrack. The album was released last summer and features songs from Eminem, 50 Cent, Slaughterhouse, The Weeknd, and a number of other artists.